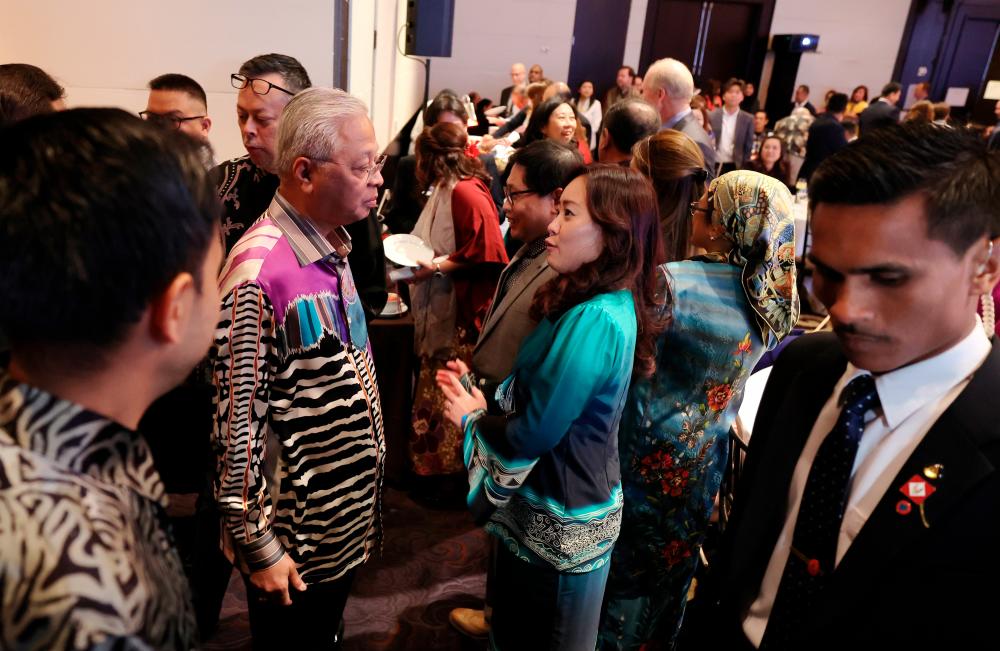 He arrived here on Thursday to join other world leaders, from more than 150 countries, at the 77th Session of the UNGA.

Ismail Sabri delivered the country’s National Statement at UNGA on Friday, speaking in Bahasa Melayu – the first time by a Malaysian leader addressing the UNGA. He touched on various international issues, among them the conflict in Ukraine and the issues of Myanmar and Palestine, as well as food security and climate change.

He also proposed the establishment of an international monetary cooperation mechanism amid rising global inflation.

This was the second time that Ismail Sabri had addressed the UNGA. He read out the country’s national statement virtually at the 76th session last year due to the COVID-19 pandemic.

He also hosted a ‘Keluarga Malaysia’ (Malaysian Family) dinner for the Malaysian diaspora in the United States.

Ismail Sabri’s second part of his working visit overseas is a four-day trip to the UAE from Sept 26 to 29.

He is scheduled to have an audience with the President of the UAE, Sheikh Mohamed bin Zayed Al Nahyan, at the Presidential Palace in Abu Dhabi on Monday.

This will be the first meeting between the two leaders since Sheikh Mohamed’s appointment as the new president of the UAE on May 14.

High on the agenda of talks between the two leaders will be discussions to explore potential areas to further strengthen the long-standing and multifaceted cooperation between Malaysia and the UAE.

Ismail Sabri will also visit the Abu Dhabi National Oil Company (ADNOC), with a view to looking into potential collaboration between ADNOC and Petronas (Petroliam Nasional Bhd) in oil and gas as well as renewable energy.