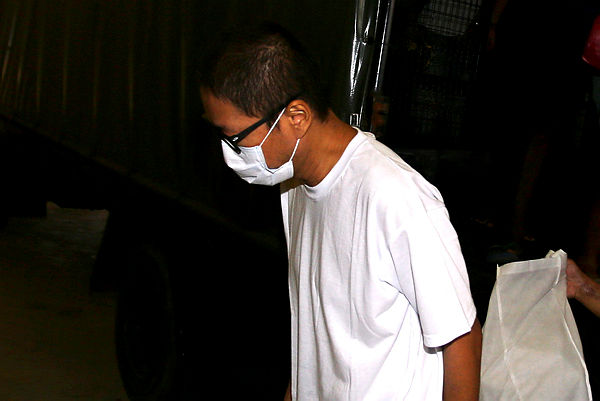 Suspect Tan Kian Ngip is brought to the magistrate court to face charges for the murder of an elderly couple in Sermenban, today — Bernama

SEREMBAN: The magistrate’s court here fixed Jan 8 next year to mention a case involving a man charged with murdering an elderly married couple in July this year.

The charges against Tan Kian Ngip, 40, who is a stockbroker, were made before magistrates Mahyun Yusof and V. Vanita, respectively.

Mahyun and Vanita fixed the same date for mention after being informed by deputy public prosecutors Muhaimin Mohd Azman and Jiwan Kaur, respectively, that the prosecution was still waiting for the post mortem report on the victims, as well as the forensic and chemist’s reports.

Kian Gip was charged with murdering Eng Chong Hwa, 67, and her (Eng) husband, Tan Kim Joo, 73, by stabbing them with a knife at a house on Jalan Melati 21, Taman Desa Melati, Nilai between 4pm and 7.45pm last July 24.

The charges were made under Section 302 of the Penal Code, which provides the death sentence upon conviction.

Also in the court before Mahyun, three people, including a woman, were charged under Section 201 of the Penal Code with causing the disappearing of the knife used in the alleged murder.

They faced an imprisonment for up to seven years and fine, if found guilty.