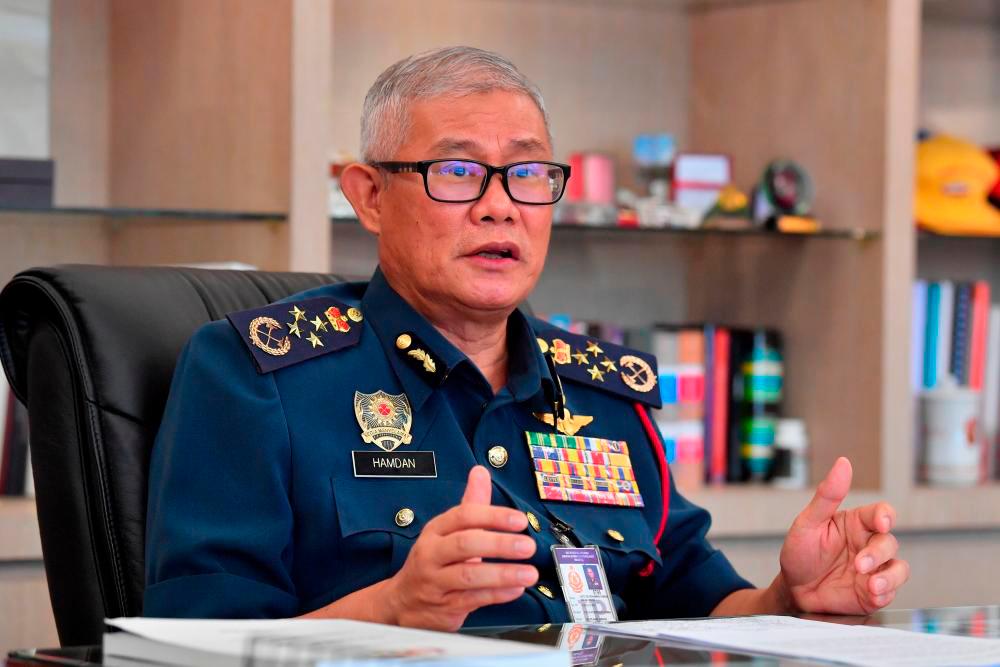 KUCHING: LiSA or Life Saving Appliances, among the safety equipment of the Sarawak Fire and Rescue Department exhibited at the Aspirasi Keluarga Malaysia (AKM) Tour here, will be installed in several recreation areas in the state to curb cases of drowning.

Malaysian Fire and Rescue Department (JBPM) director-general Datuk Seri Mohammad Hamdan Wahid(pix) said that the areas that have been identified are located in the Bau district near here and Telok Melano, about 140km from the city, as several cases of drowning have been recorded in these locations.

“In Sarawak we have installed LiSA boxes in Miri and several other hotspots identified by Sarawak JBPM. These hotspots usually have drownings at high-risk water bodies meaning that there have been more than five cases of drowning in three years.

“We have identified the hotspots not only at beaches and rivers, but also at rapids, ponds and areas at risk where people do picnics, carry out leisure activities and fishing,“ he said when met by reporters at the (AKM) Sarawak edition site in Dataran Perayaan here today

.He said the LiSA box, which has some equipment such as life jackets, first aid kit and rope, can be used by the public in an effort to save victims before the arrival of rescue personnel at the scene.

A siren will sound if the LiSA box is opened to the public and nearby stations will receive notifications from the GPS system installed in the box.

In the meantime, Mohammad Hamdan invited the public to visit the JBPM exhibition in conjunction with the AKM tour which ends tomorrow to learn tips and awareness about fires from 35 officers on duty and buy fire extinguishers at a cheaper price.

According to him, among the activities being held by JBPM during the tour include a public safety awareness campaign, exhibitions on machinery and antique firefighting equipment.

Earlier, he had officiated a Fire and Water Safety Campaign to instil awareness among the public about the functions and role of JBPM.-Bernama 3.Germany’s Schroeder to remain in ruling party despite Putin ties