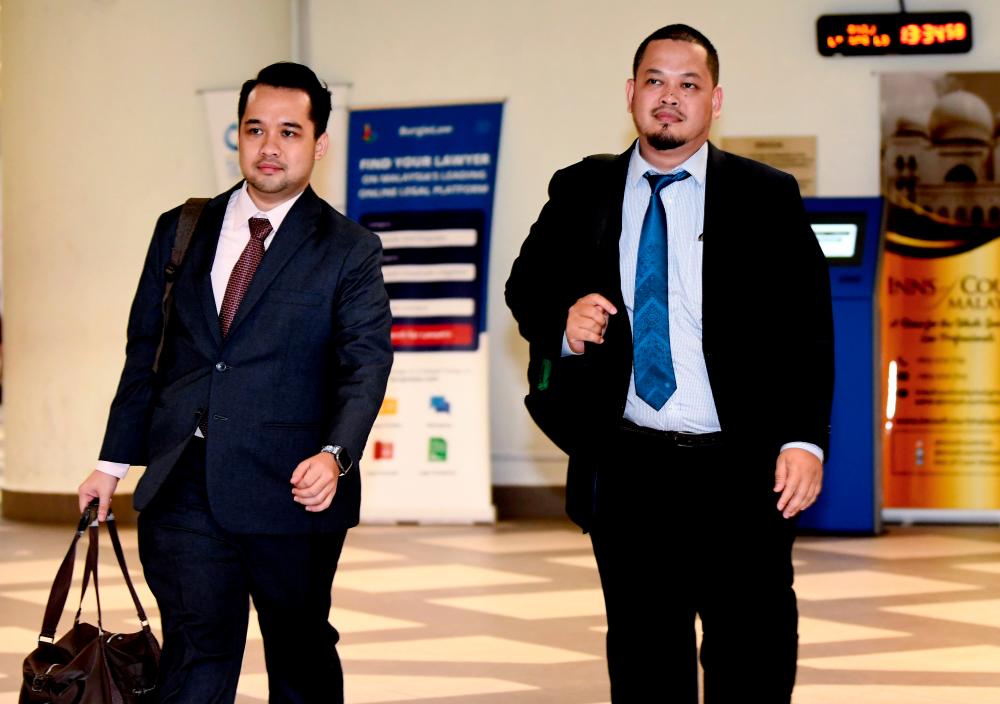 The name Jho Low, who the fugitive is more famously known as, was brought up for the first time by defence counsel Harvinderjit Singh during his cross-examination of the fourth witness, Ahmad Farhan Sharifuddin from Bank Negara Malaysia (BNM) today.

Ahmad Farhan is the investigating officer who instructed for a raid to be carried out at AmBank in Jalan Raja Chulan on July 6, 2015.

Harvinderjit: Did you discover anything in regards to Jho Low and 1MDB?

Harvinderjit: About Jho Low, you cannot recall any of this?

Ahmad Farhan: Yes. It (the name) was never found during my investigation.

Harvinderjit: Did Joanna Yu (relationship manager at AmBank) tell you she communicated with Jho Low regarding 1MDB?

Ahmad Farhan: I have no idea.

The counsel was about to continue his cross-examination on the topic when Deputy Public Prosecutor Datuk Ishak Mohd Yusoff stood up to object on grounds of relevance.

“I am objecting to this line of questioning. This hearing involves SRC International and not 1MDB. The defence has crossed the line,“ he said.

Harvinderjit, however, said his questions relating to 1MDB were only on the manner the state fund was operated and continued to ask the witness about a list of companies.

Earlier, Harvinderjit had questioned the witness if Joanna Yu was the first person he met in Ambank Jalan Raja Chulan on the morning of July 6, 2015, upon receiving the instruction from his superior, Abd Rahman Abu Bakar and he answered “I cannot recall”.

It was also revealed during the proceedings that July 6 was not their first meeting.

Ahmad Farhan: No, I had met her earlier

Harvinderjit: When was the first time?

Ahmad Farhan: Earlier, somewhere in May or June 2015.

Ahmad Farhan: For statement recording. The instruction to record the statement also came from Abd Rahman.

Harvinderjit: Do you know the instruction to Abdul Rahman came from where?

Harvinderjit: Do you know who is he reporting to?

Ahmad Farhan: I have no idea.

During the proceedings, Harvinderjit also showed excerpts from the Asian Wall Street Journal’s reports on the book “Billion Dollar Whale” which revealed that there was communication via cellphone between Jho Low and Joanna regarding the amount of money deposited into Ambank.

The “Billion Dollar Whale” was authored by WSJ reporters Tom Wright and Bradley Hope. It gives a detailed account on the 1MDB scandal whereby Najib is alleged to have channelled over RM2.67 billion (nearly US$700 million) from 1Malaysia Development Berhad (1MDB), a government-run strategic development company, to his personal bank accounts.

Najib, 66, is facing three counts of criminal breach of trust, one charge of abusing his position and three counts of money laundering over SRC International Sdn Bhd funds amounting to RM42 million.