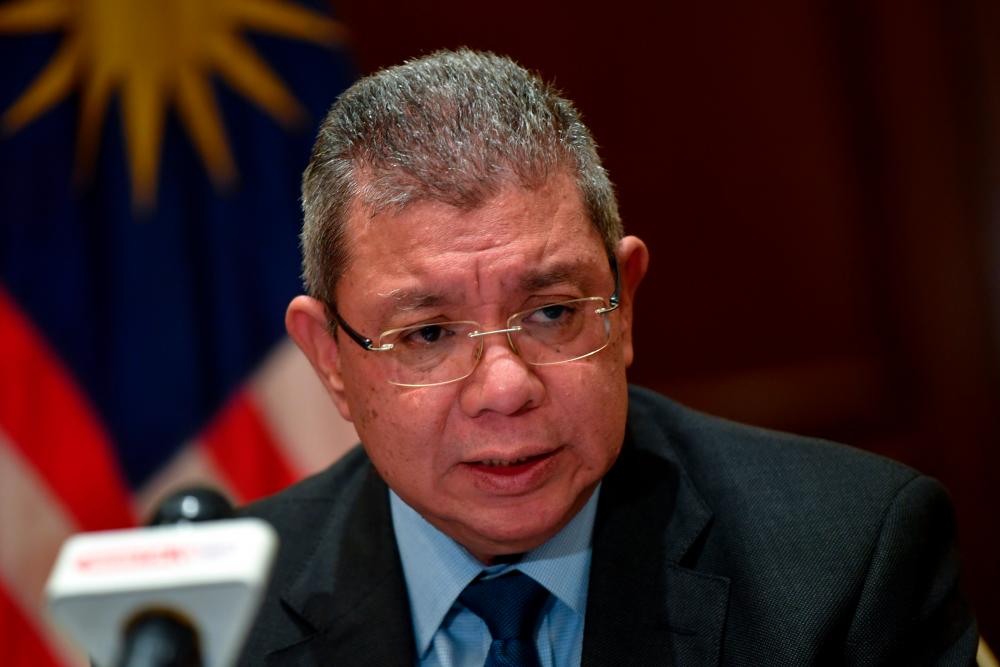 Foreign Minister Datuk Seri Saifuddin Abdullah (pix) in a statement today said the committee will be made up of various government agencies and will be chaired by him.

“I have also instructed the Secretary-General of the Foreign Ministry to hold a meeting with the relevant agencies on Sept 22 (today),“ he said.

Saifuddin, who is currently in New York in conjunction with the 77th Session of the United Nations General Assembly, expressed his appreciation to Prime Minister Datuk Seri Ismail Sabri Yaakob, the Minister in the Prime Minister’s Department Datuk Dr Abdul Latiff Ahmad (Special Functions) and the cabinet for reviewing and discussing the issue.

Abdul Latiff is acting as Foreign Minister in the absence of Saifuddin,

On Monday, Saifuddin chaired a virtual meeting with Malaysian ambassadors and chargé d’affaires in Myanmar, Cambodia, Laos, Thailand and Vietnam.

“We also agreed to hold regular meetings with the top management of the Royal Malaysia Police and increase media coverage of this issue,“ he said.

He added that the government via the Foreign Ministry as well as Malaysian diplomatic missions abroad continue to be committed in strengthening efforts to rescue the victims and bring them home safely.

Meanwhile, the Foreign Ministry in a separate statement on Wednesday night said 15 more Malaysians who had fallen victims to job scam syndicates were successfully rescued and brought home on Tuesday.

As of Wednesday, he said, the ministry had so far received reports on 301 such cases in Cambodia, Laos, Myanmar and Thailand.

“Out of that number, a total of 168 victims have been rescued and returned back home,“ he said.

In addition, 34 victims are being held at the immigration detention depot, while the remaining 99 are still being traced by the authorities of the countries concerned, said the Foreign Ministry. - Bernama