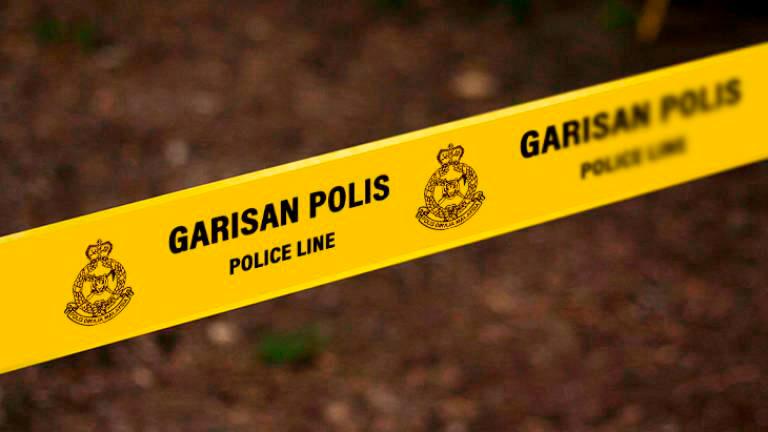 KUALA SELANGOR: A jobless man believed to be high on drugs allegedly attacked and beheaded his 56-year-old mother at their house in Kampung Baru Pasir Penambang here on Saturday.

The 28-year-old suspect who went into hiding not far from the house was arrested by police shortly after.

Kuala Selangor police chief Supt Ramli Kasa said police were alerted to the murder at about 5.45pm and found the victim’s body in a pool of blood in the living room on arriving at the house.

Ramli said the victim’s daughter had tried contacting her mother earlier and when her calls went unanswered, she rushed over and made the gruesome find.

He said on seeing his sister arrive, the suspect panicked and fled to a swampy area behind the house.

“With the help of villagers, we managed to track down the suspect who was hiding there. We also recovered the murder weapon in a toilet of the house. It was a parang that was used to sever the victim’s head,“ Ramli said.

He said urine test samples taken from the suspect showed he was positive for methamphetamine and amphetamine abuse.

Ramli said the man lived with his parents while his siblings were staying in rented houses in nearby residential areas.

He said the suspect is in police custody under a week-long remand order for investigations into the murder case. Pollution behind one in six global deaths in 2019, study shows

1.Pollution behind one in six global deaths in 2019, study shows

3.US consumer spending remains resilient even as prices rise

5.Mariupol defenders surrender to Russia but their fate is uncertain