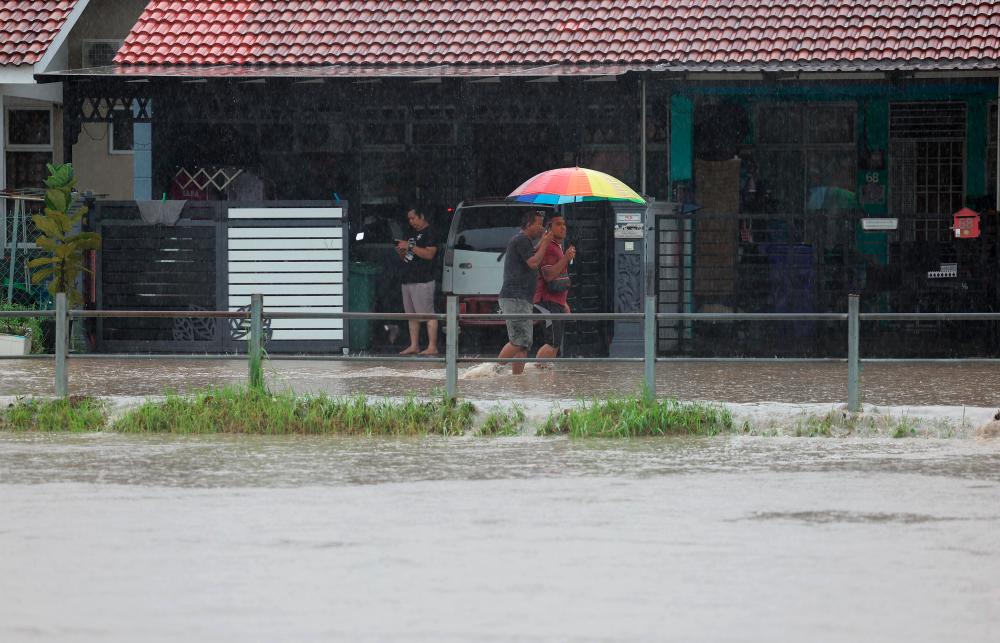 JOHOR BAHRU: The flood situation in Johor has worsened with the number of evacuees in the state rising to 3,967 people as at noon, compared to 3,612 this morning.

“Segamat is the worst-affected district, with 1,417 people from 399 families evacuated to 16 relief centres, followed by Kluang with 1,191 people from 341 families at 11 PPS,“ the committee said in a statement.

In Batu Pahat, 151 people from 32 families were placed at two relief centres, while two PPS were opened in Muar in preparation for possible floods.

Three rivers in Johor have passed the danger level with an upward trend, namely Sungai Muar (the river mouth of Sungai Gemas) which is at a 19.13 metres (m), Sungai Segamat (Segamat Kecil) at a level of 37.55 m, and Sungai Kahang (Kampung Contoh) at 15.7m. - Bernama