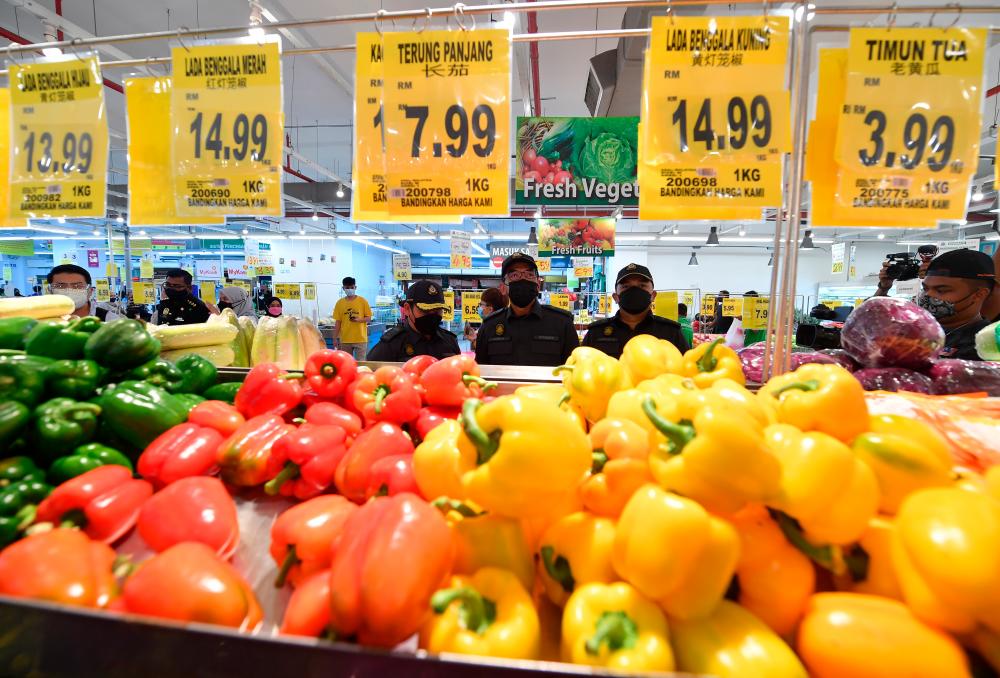 JOHOR BAHRU: The Ministry of Domestic Trade and Consumer Affairs (KPDNHEP) issued 83 notices to vegetable sellers in the state from early this year until Dec 1, following the increase in the prices of vegetables.

Johor KPDNHEP director Mohd Hairul Anuar Bohro said in a statement today the notices were issued to investigate the rising prices and to check if there was an element of profiteering.

He said KPDNHEP also issued notices to 21 retailers, 11 wholesalers and three growers under Section 21 of the Price Control and Anti-Profiteering Act (AKHAP) 2011, who sold vegetables at higher prices through checks mounted from Nov 20 until yesterday.

He said a total of 200 state enforcement officers were instructed to carry out checks and monitoring at every level of the supply chain to address public complaints regarding rising prices of goods.

He added 10 enforcement officers today conducted Ops Pasar on vegetable wholesalers and producers around Taman Ungku Tun Aminah and Ulu Tiram following reports of price surges of between 50 and 100 per cent.

He said Ops Pasar was aimed at checking rising prices of essential items such as vegetables, fish, meat and chickens, adding that KPDNHEP had inspected a total of 7,603 premises comprising 5,954 retailers, 1,198 wholesalers and 451 producers in the state since Oct 8.

Meanwhile, Melaka KPDNHEP denied claims of cartel involvement in manipulating vegetable prices that had led to the surge.

Its director Norena Jaafar said vegetable prices in Melaka depended on the quantity obtained by traders, mostly from suppliers at the Kuala Lumpur Wholesale Market in Selayang apart from Cameron Highlands and local farmers in the state.

She said there was no cartel involvement, adding that the surge in prices of vegetables was due to other factors such as insufficient supply, weather conditions and transportation costs.

She told reporters this after inspecting a supermarket here today, in response to today’s newspaper report regarding the allegation by Cameron Highlands Malay Farmers Association chairman Datuk Syed Abd Rahman Syed Abd Rashid who claimed that markets nationwide have ‘fixed cartel prices’ according to areas.

The supply of vegetables in Melaka is expected to be disrupted in the next few days due to the landslide incident in Jalan Simpang Pulai-Cameron Highlands yesterday, she said, adding that this could cause a further increase in vegetable prices in the state. - Bernama