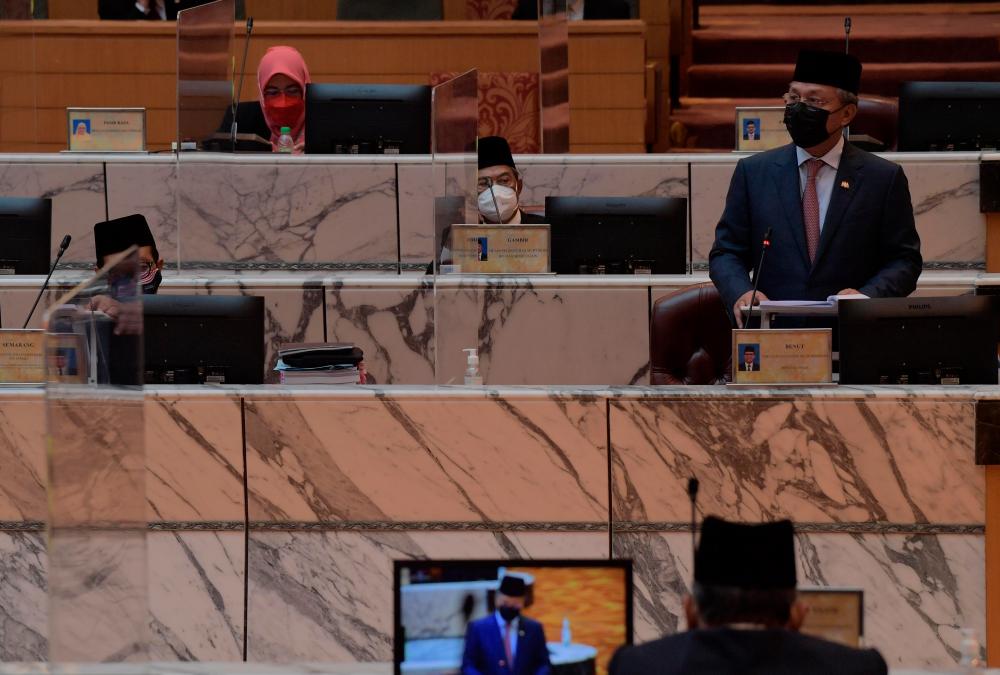 Its Speaker, Suhaizan Kaiat said the budget was passed with a majority voice as 27 of the assemblymen raised their hands in support and another 27 abstaining while two were absent.

Earlier, Menteri Besar Datuk Hasni Mohammad (pix) when winding up the debate on the Johor State Budget 2022, said the state government would double its efforts in making Johor a choice state for investors in view of its strategic location and various agencies as its economic catalysts.

“I am confident and believe that Johor will be among the states to rise early from the economic crisis due to the COVID-19 pandemic.

The State Assembly sitting ended at about 5 pm. For the record, the Johor state government is led by Umno which has 14 seats, MIC (two), Bersatu (12) and PAS (one) while Pakatan Harapan has 27 seats.

The Johor government had on Nov 18, tabled the state’s Budget 2022 of RM286.47 million and themed, ‘Boosting Johor’s Prosperity’, a deficit budget for two consecutive years.

Next year’s forecasted revenue is RM1.671 billion with the expenditure at RM1.958 billion while all the state’s 56 assemblymen including from the Opposition will each receive a fixed allocation of RM200,000 per year. — Bernama