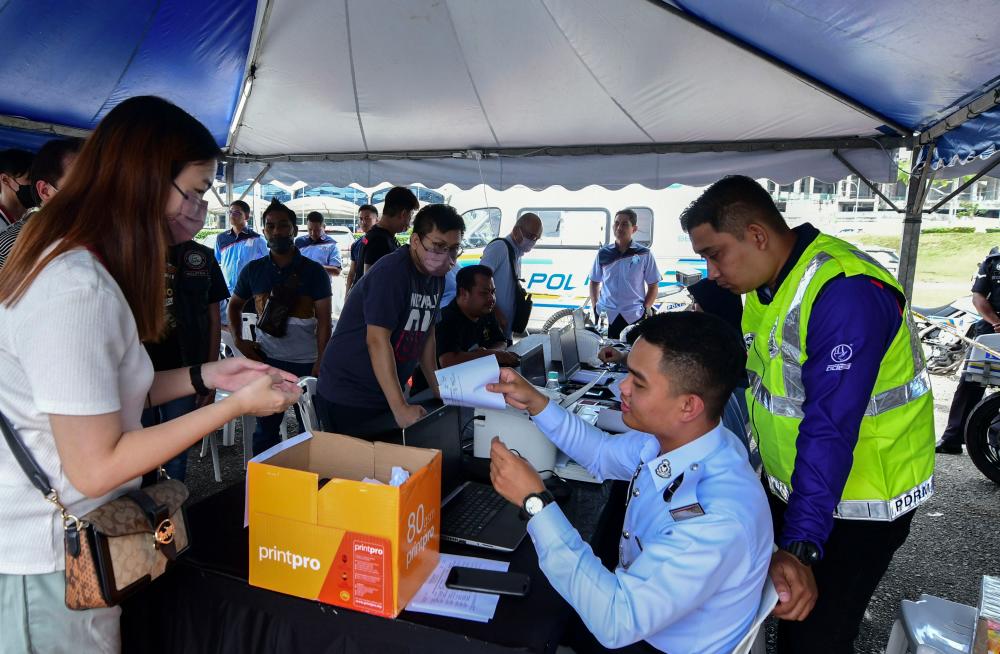 ISKANDAR PUTERI: Johor police collected RM1.38 million in summons payments during a three-day programme which offered a 50 per cent discount for traffic compounds.

“Through this programme we also allowed Singaporeans to settle their summonses at all district traffic police stations.

“So far, 26 summonses totalling RM5,300 have been settled by Singaporeans and we will continue to encourage them to pay up, just like for Johoreans,” he told a press conference in conjunction with the closing of the Johor police-Brother Motor goodwill programme at Puteri Harbour here today.

He said between 2018 and August this year, 2.23 million traffic summonses with an estimated value of RM340 million were recorded by Johor police and of this number, 109,758 summonses involved Singapore drivers.

The programme also involved 30 officers and men from Johor police travelling by motorcycle for 734 km to 10 public locations throughout the state to reach out to the community and extend contributions to needy groups, he added.

He said they also gave road safety tips to motorcyclists, including the right way of defensive riding. - Bernama