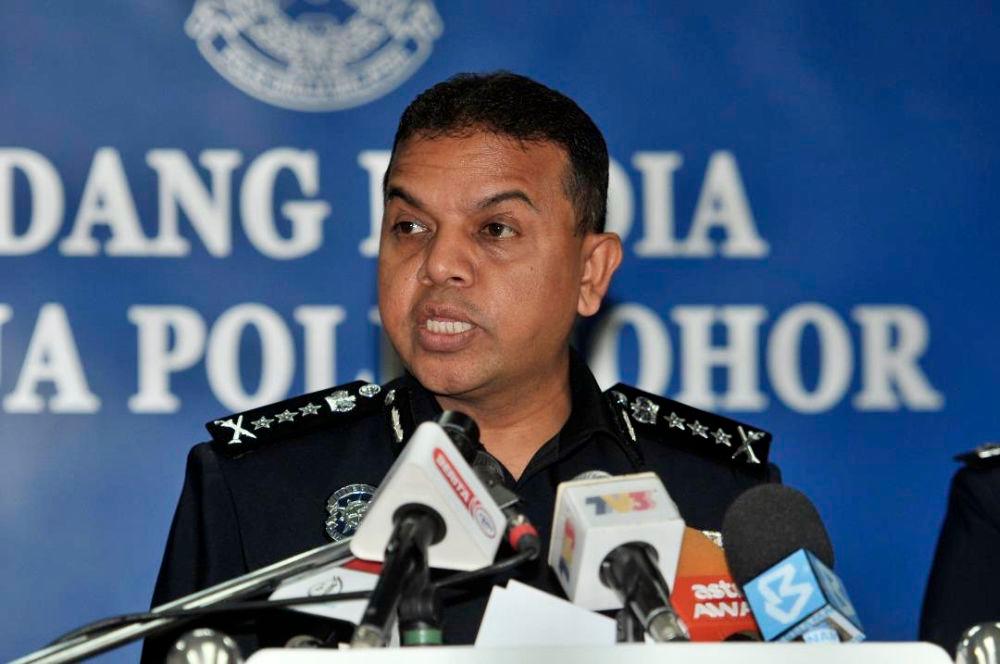 He said what makes Johor unique from other states in the country is its geographical landscape and its relation with Malaysia’s two neighbouring countries.

“In Johor, we have a long stretch of coastal areas, of about 530 kilometre on the east and west coast.

“When there is a long stretch of coastal areas, there will be a lot of issues, like human trafficking, smuggling of contraband such as cigarettes and alcohol .

“Besides that, we also have Indonesia and Singapore bordering us, so there are bilateral issues involving Johor and the two countries,“ he told Bernama in an exclusive interview recently.

Although only in his fifth month in office, various achievements have been made with the biggest on its success in crippling a syndicate involved in smuggling of migrants, known as “Geng Otong”, with the arrest of 51 members of the syndicate, who were then charged with the offence in the court last July 2.

When asked on his strategy in dealing with the decades-long issues, Ayob Khan is not a person who brags or speaks proudly of the achievements, but attributed them all to the commitment and tireless efforts of his men, especially State Criminal Investigation Department head (Intelligence/Operation) SAC Md Yusof Ahmad.

“I have a very strong team. I can say 95% of my men are dedicated, committed, with integrity and they give solid support to all the missions and instructions given to them.

“An example of a good officer is SAC Md Yusof Ahmad. He is an experienced person and in the context of dealing with criminal issues and on migrants, he is the prime mover, and with is expertise and commitment, he and his subordinates, we were able to conduct operations against the migrants,” he added.

Born in Pendang, Kedah, Ayob Khan is no stranger to the people in Johor, especially with his firm stand to curb crime and on the integrity of his men.

“As the Johor police chief, from my first day in Johor, I have made known that I will not compromise on the issue of integrity. I have said from the beginning, I will not tolerate indiscipline, or those who collude themselves with criminals or crimes. I will arrest,” said Ayob Khan, who took over as Johor police chief in February this year.

This is proven with the arrest of 23 enforcement officers and personnel, who are believed to be involved in migrant smuggling syndicate on the east coast of Johor, as of July 3.

Migrant smuggling activities in the east coast of Johor, which includes Mersing and Kota Tinggi districts, have now been reduced by 95%.

His next focus is to cripple the syndicate that is involved in smuggling of migrants in the west coast of Johor. — Bernama