Johor wants HSR project to proceed even without Singapore 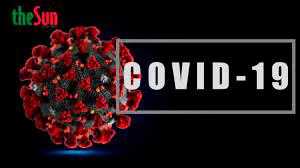 JOHOR BAHRU: The Johor state government hopes the high-speed rail (HSR) project will be continued although the new alignment may not include Singapore.

Menteri Besar Datuk Hasni Mohammad said the termination of the Kuala Lumpur-Singapore HSR project, which was announced yesterday, provides an opportunity for the Federal Government to reevaluate the return on investment to the government.

He is confident that the government has a better plan in mind, be it for Johor, as more than 300 kilometres of the proposed HSR alignment are in Johor; so if the country were to gain from the project, so would the state benefit directly from it.

“Among the things we in Johor hope is that the HSR project would proceed even if it does not include Singapore (alignment) because I believe it can give direct returns to the economy of the country and the state of Johor.

“So, this is an opportunity to review the HSR plan, whether on its own while Malaysia restructures the development of the rail industry,” he told a press conference, here, today.

He noted that the Bus Rapid Transit (BRT) in Iskandar Puteri was also being reviewed to see whether the light rail transit (LRT) service could replace it to complement the rail communication system in Johor.

He said the state government has not ruled out Singapore’s participation in the investment aspect even though the new alignment will not involve the republic.

After all, he said, the HSR will also benefit Singaporeans who are in Malaysia.

The Benut assemblyman also hoped that the state government would be allowed to participate in any new HSR discussions.

“So, we hope any new discussions involving the project will also take into account the views of Johor to ensure that the people of this state would benefit from its implementation,” he said.

Yesterday, Minister in the Prime Minister’s Department Datuk Seri Mustapa Mohamed said a detailed study would be conducted on a domestic HSR project including its feasibility and benefits to the people. -Bernama