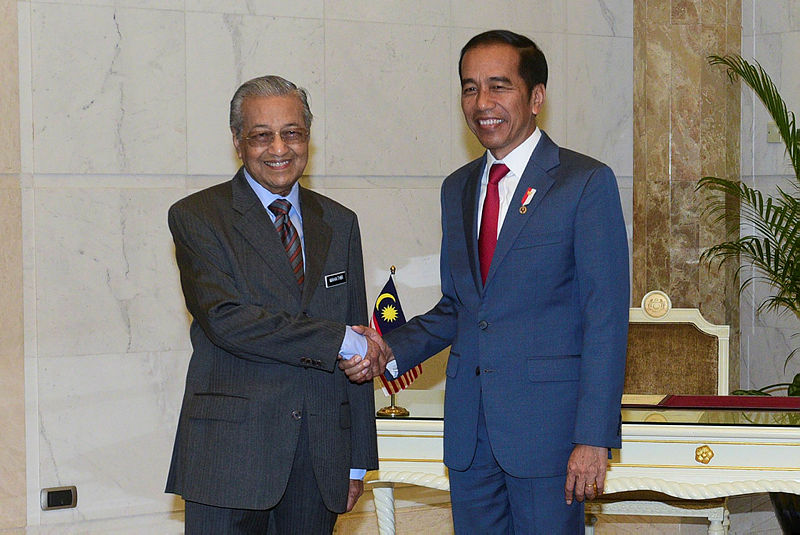 KUALA LUMPUR: The state oil companies of Malaysia and Indonesia could cooperate or even merge to expand their businesses together, Indonesian President Joko Widodo said on Friday during a state visit to Kuala Lumpur.

Asked during an interview if he had considered the prospects of cooperation between Petroliam Nasional Bhd (Petronas) and Pertamina, Widodo said: “(It) can be. Petronas and Pertamina could collaborate or be merged as one to become a large enterprise with more capacity, capital and equity.”

“These two enterprises, I think, are already like sisters. We can expand together to other countries, we can look for oil together, we can export downstream products to other countries,“ he added in the interview with Astro Awani television.

Widodo also said that both nations should start working together “as soon as possible” to challenge a European Union ruling to phase out palm-based biodiesel as a renewable energy source. “If we don’t react to this issue, other countries will follow (the EU’s ruling).”

The leaders of Indonesia and Malaysia, the world’s two biggest palm oil producers, sent a letter of objection to the European Union in April criticising its decision to no longer consider palm oil as a green fuel.

The European Commission in March had determined that palm oil cultivation had resulted in excessive deforestation and that it should no longer be considered a renewable transport fuel, albeit with some exemptions.

Widodo also encouraged Indonesia’s palm oil industry to develop its downstream sector to produce palm based derivatives for use in consumer goods products like cosmetics and soap, adding that this was an area where Indonesia and Malaysia could work together. — Reuters