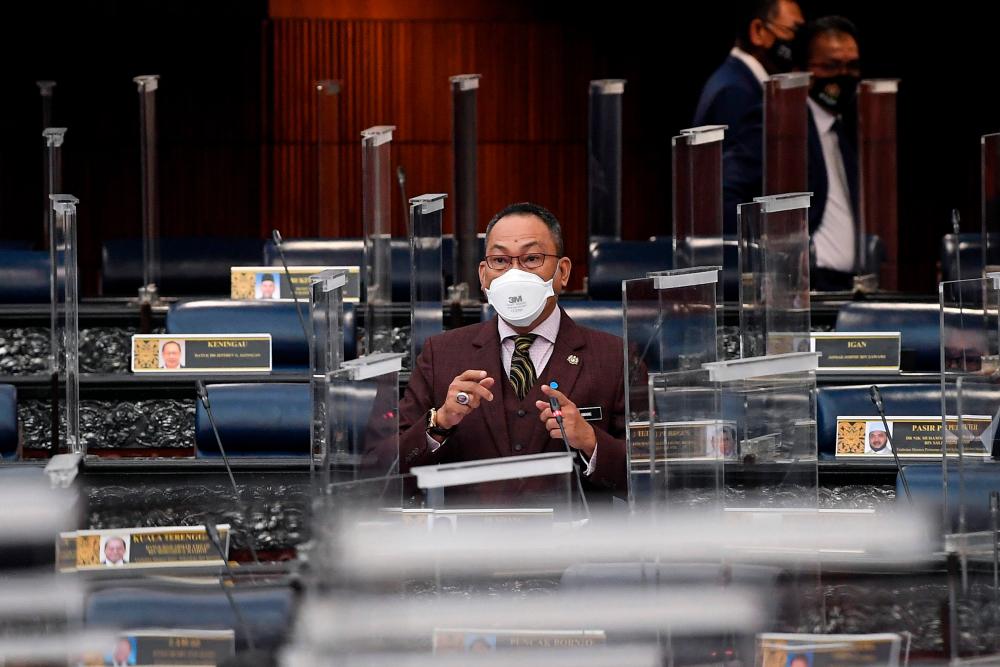 He said the report on the findings of the study would be presented and debated at the level of the National Wage Consultative Council (MPGN) before being recommended and submitted for consideration and approval by the government.

He said the Ministry of Human Resources (KSM) through MPGN had conducted six engagement sessions according to zones which were attended by 209 employers’ associations, 93 trade unions and four NGOs on the review of the minimum wage as of Sept 1.

“KSM has also distributed survey forms to a sample of 1,996 employer respondents and 1,996 employee respondents as well as implemented a‘ Public Perception Survey on the Minimum Wage Order 2020 ’through the KSM portal.

“The total number of respondents is 239 comprising 177 employees (74.2 per cent), 25 employers (10.5 per cent) and 37 other respondents (job seekers and the public) equivalent to 15.7 per cent,“ he said during the Question-and-Answer session at the Dewan Rakyat today. .

He said this in reply to a question from Nurul Izzah Anwar (PH-Permatang Pauh) who asked for an explanation on the government’s commitment as well as the details of efforts so far in the review of the minimum wage.

He said the MyFutureJobs data obtained until September recorded a total of 1,574,327 job opportunities in various categories provided in the portal while a total of 636,613 job seekers were looking for jobs and out of that number, 217,356 individuals managed to find job matches.

He said the government had also announced the implementation of various assistance programmes and stimulus packages since the Covid-19 pandemic hit the country.

Among them are the Malaysian Economic and People Protection Assistance Package (Permai), the People and Economic Strategic Empowerment Programme (Pemerkasa) and the People’s Wellbeing and Economic Recovery Package (Pemulih).- Bernama

Floods: Only one PPS still operating in Melaka, number of evacuees in Selangor drops

1.Floods: Only one PPS still operating in Melaka, number of evacuees in Selangor drops