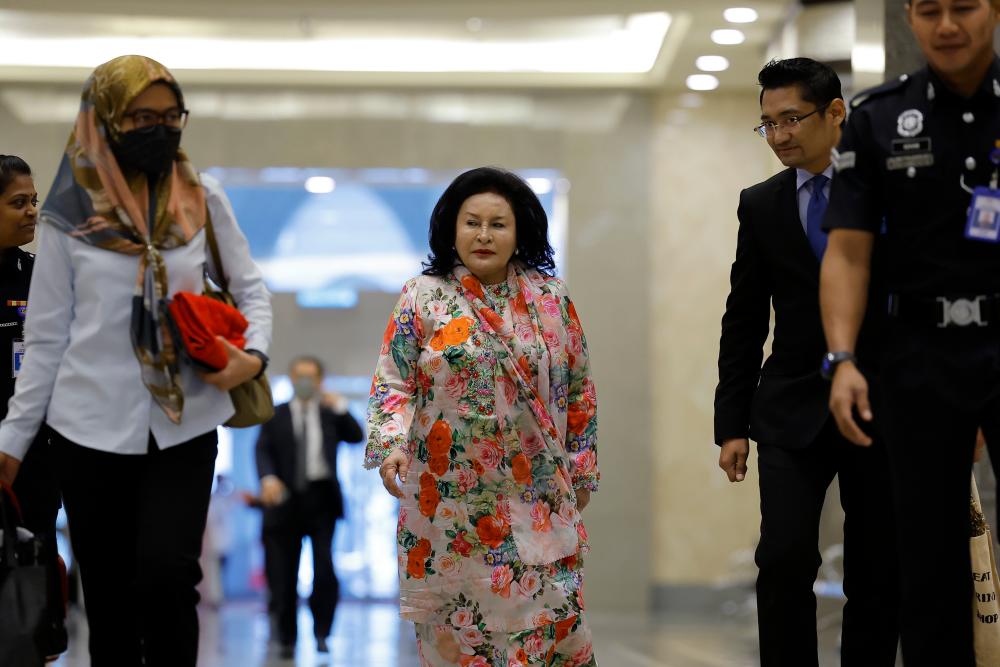 KUALA LUMPUR: High Court Judge Mohamed Zaini Mazlan today reminded the defence team representing Datin Seri Rosmah Mansor in her money laundering and tax evasion case to give priority to the case as it has been pending since 2018.

Judge Mohamed Zaini said the trial of the case was still pending even after four years the wife of former Prime Minister Datuk Seri Najib Tun Razak was charged on Oct 4, 2018.

“I’m of the view that the court should fix trial dates for this case, but if the Court of Appeal allows Datin Seri Rosmah’s appeal to recuse me from presiding over the trial, the case will be heard before another judge,” said the judge.

Earlier, Deputy Public Prosecutor Poh Yih Tinn told the court that the prosecution would call 14 witnesses to testify in the trial of the case.

Judge Mohamed Zaini then fixed Dec 1 for the hearing to set the trial dates for the case.

Rosmah, 70, is facing 12 money laundering charges, involving RM7,097,750, and five counts of failure to declare her income to the Inland Revenue Board.

The offences were allegedly committed at Affin Bank Berhad, Bangunan Getah Asli branch, Jalan Ampang, here, between Dec 4, 2013 and June 8, 2017, at LHDN at Kompleks Bangunan Kerajaan, Jalan Tuanku Abdul Halim, here, between May 1, 2014 and May 1, 2018.

On Sept 1, Judge Mohamed Zaini found Rosmah guilty of three charges of corruption related to the solar hybrid project worth RM1.25 billion for 369 rural schools in Sarawak and sentenced her to 10 years in prison and imposed a fine of RM970 million.

The court also ordered Rosmah to be jailed for 30 years if she fails to pay the fine. However, the High Court granted a stay of execution of the prison sentence and fine pending her appeal at the Court of Appeal. - Bernama