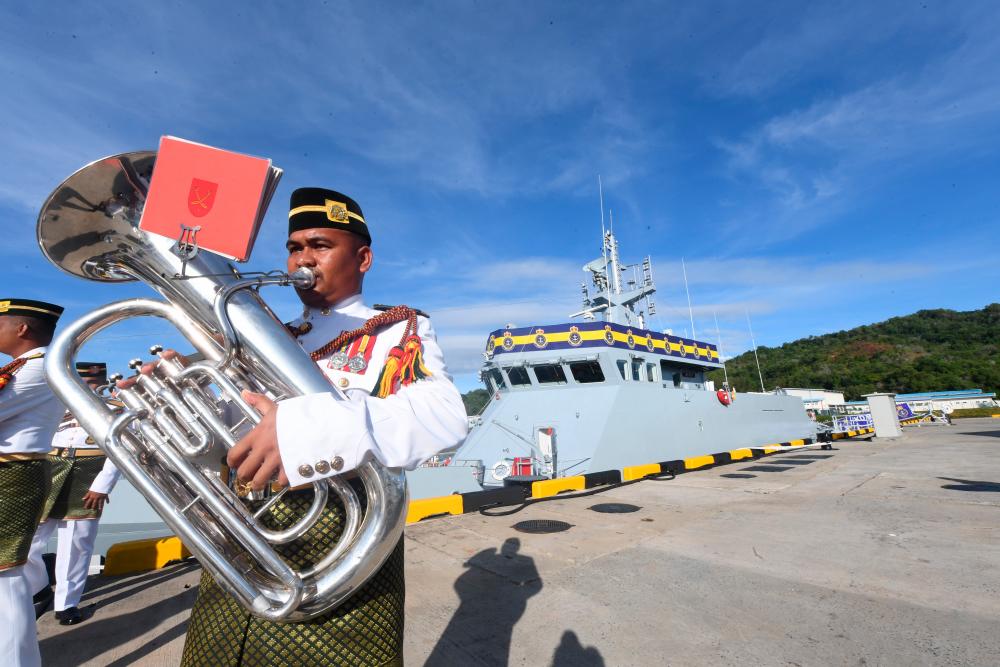 KOTA KINABALU: Badik is an iconic traditional dagger of the archipelago which was widely used in battles to defend the kingdom against marauding conquerors.

Therefore it is apt that the third Littoral Mission Ship (LMS) of the country is named KD Badik which was commissioned today, to take the spirit of the weapon to defend the nation’s waters and people from intruders and invaders.

Mohd Reza said KD Badik is under the patron of the Eastern Fleet Command Headquarters and is placed under RMN 11th LMS Squadron in the base with two other LMS ships, the KD Keris and KD Sundang.

He said KD Badik which began construction on Sept 18, 2019 in China was handed over to the Malaysian government on Sept 14 2021, and it would be capable of boosting the capability of RMN’s armada in protecting the marine sovereignty of the country.

“The LMS ship is seen as being more suitable to operate in the waters of Eastern Fleet Command Headquarters as LMS ships fulfilled the task needed by RMN and apart from the three, we would have one more LMS ship on schedule to be ready in December.

“The fourth LMS is completed, we are conducting training and after the training is completed, we will sail it home, and we will name it as Rencong, the name of a ship which was decommissioned like the Badik and we are reusing the name to commemorate the service of ship,” he said in a media conference after the ceremony.

He said KD Badik started sailing on Sept 18 from China and after covering 1,836 nautical miles, arrived at the Kota Kinabalu RMN base on Sept 25 before being commissioned today.

Asked about the need to place the LMS ship squadron in Kota Kinabalu base and not in Lumut base in Perak, Mohd Reza said it was part of the preparation of RMN to face future threats.

“We have to be ready for such threats, the country can not afford to be unprepared, I cannot say what is the threat but the threat will come any time, whether we know it or not,” he said

He said apart from LMS ships, RMN is also scheduled to receive two AW139 helicopters early next year and would also be placed at the Kota Kinabalu RMN base to assist RMN operations in the area.-Bernama

2.India sees impact of Omicron blunted by vaccination, prior infections

5.Malaysia's e-commerce rises 23 per cent in first nine months of 2021