‘Drunk on toddy’ remark may have criminal repercussions under Sedition Act, says analyst 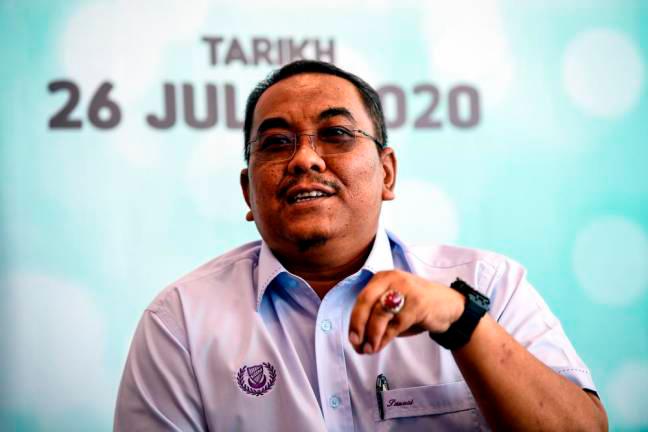 PETALING JAYA: Kedah Mentri Besar Muhammad Sanusi Md Nor (pix) must apologise for his statements in recent weeks, or face a potential charge under the Sedition Act for inciting hostility between races.

“It is up to the relevant authorities to decide (if he should be charged). But Sanusi should make amends in either his capacity as the mentri besar or as a member of the Kedah state legislative assembly,” he told theSun.

But Asri added that Sanusi’s remarks would not result in his resignation and he will be there for the foreseeable future.

He said while the politician was trying to make a point with his statement on toddy, it could have been worded better.

Sanusi had first enraged the Hindu community over the demolition of the Sri Raja Muniswarar Temple in Kuala Kedah, which is believed to be more than 50 years old.

He failed to keep his promise to inform Human Resources Minister Datuk M. Saravanan over the demolition, then proceeded to say it was “a little trouble” and hit out at DAP and MIC critics to not be “drunk on the toddy of popularity”.

Toddy is an alcoholic beverage made with the nectar of coconut tree flowers, which is popular among the Indian community.

However, politicians making racist statements are not uncommon in the country.

Recently, Pasir Puteh MP Nik Muhammad Zawawi Salleh said the Bible had been distorted from its original meaning and that all religions should forbid the consumption of alcohol.

After much pressure from the Christian community, the PAS politician finally apologised for his remarks in Parliament last month.

But Sanusi had done much worse than Zawawi.

He also threatened to cut off raw water supply to Penang if RM50 million was not paid to Kedah every year as compensation for Penang drawing raw water from Sungai Muda in Kedah.

“Too much is at stake here, especially the industry. Sanusi knows all too well what he should not do. This is a state affair and it can be resolved amicably. Getting to the meeting table is the answer rather than a public spat.”

A geologist, who requested anonymity, said Penang will face big problems if its raw water supply is cut abruptly.

“The Penang government will need to find other water alternatives but it will take time. They will need to study the volume of rainwater needed for consumption as well as the pattern of rainfall. They also need to study geological factors of the state itself,” she said.

The geologist added flooding could be a potential long-term problem if the water supply from Sungai Muda is cut.