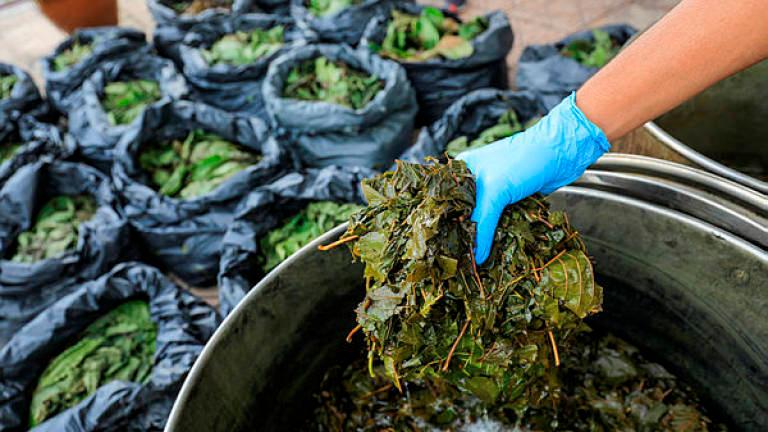 “A possibility is that the price of ketum leaves is increasing due to high demand, including from neighbouring countries, causing a lot of ketum leaves to be brought into the state.

“We believe these ketum leaves are also being smuggled out to neighbouring countries through illegal bases along the Golok River,“ he told a press conference at the Rantau Panjang JKDM enforcement office here today.

In the latest development, Mohd Nasir said the Rantau Panjang Customs team foiled the distribution of 1,450 kg of ketum leaves at 4 am yesterday when it stopped a lorry at traffic lights near Ketereh in Kota Bharu.

He said the driver, in his 40s, was arrested when an inspection yielded 145 black plastic packages of ketum leaves worth RM14,500.

“The suspect admitted to bringing the ketum leaves from Kedah for the local market in Kelantan. JKDM Kelantan is also tracking the owner of this haul. The case will be investigated under Section 30(3) of the Poisons Act 1952,“ he said. - Bernama