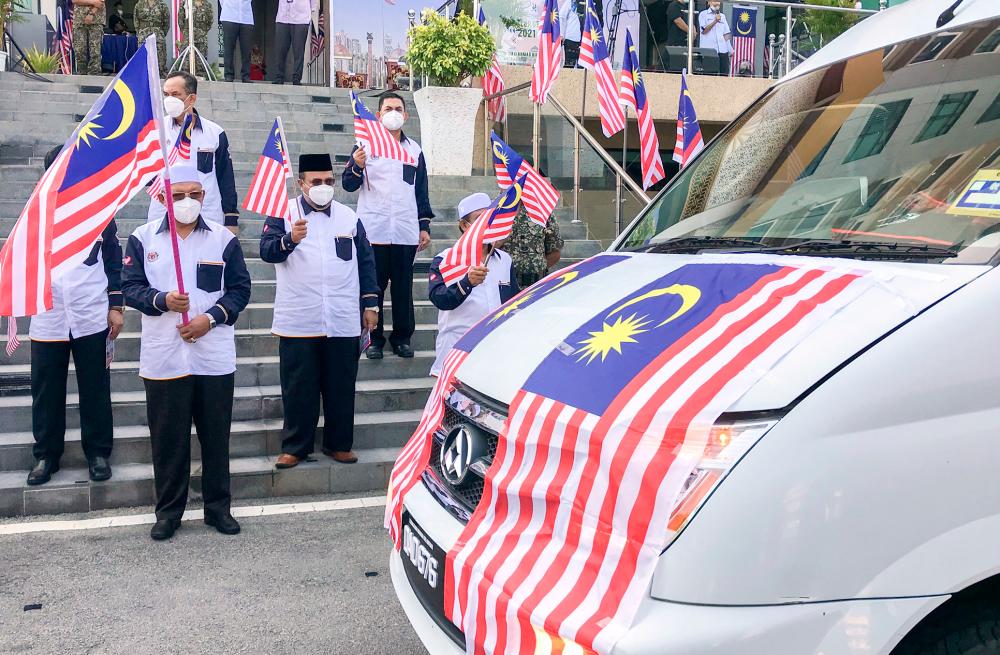 KOTA BHARU: The Kelantan government is appealing to the Ministry of Science, Technology and Innovation (MOSTI) to approve the state’s request for one million doses of Covid-19 vaccine before the onset of the monsoon season in October.

Menteri Besar Datuk Ahmad Yakob said the state government was worried about people in the state not getting appropriate protection from the virus during the monsoon season if 80 percent of its population could not be vaccinated as targeted.

He said that so far, over 28.1 percent of Kelantan’s population had received the first dose of vaccine while over 15.8 percent had completed the second-dose jab.

“We expect to achieve the target of 40 percent to be vaccinated by the end of August if the supply of vaccine can be obtained as scheduled.

“So, we are appealing to MOSTI to fulfil the state government’s request for one million doses of vaccine to protect our people’s lives before the coming of the monsoon season.”

He said this to reporters after attending the launching of the state-level National Month and Fly the Jalur Gemilang Programme at Kompleks Kota Darulnaim, here, today.

Ahmad said the state government was also prepared to administer the vaccine through walk-ins if the vaccine could be obtained as requested.

“If this is so, we expect that 33,000 vaccine jabs can be given in a day, besides being able to optimise the operation of the 27 vaccination centres (PPV) in the state.

“We will be cooperating with the State Health Department in this matter (walk-in vaccination) if we receive the vaccine supply,” he added. — Bernama