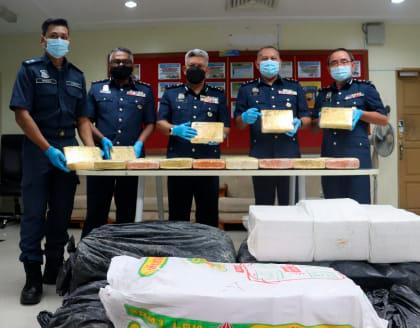 He said during the raid, 10 gunny sacks containing ganja were found hidden in a Proton Exora parked in a garage.

“Preliminary investigations found that all the drugs were believed to have been smuggled in through an illegal base on the Malaysia-Thailand border.

“The drugs will then be collected and hidden in a place that is deemed ‘safe’ before being distributed,” he said in a statement, today.

He said the case was being investigated under Section 39B of the Dangerous Drugs Act 1952. - Bernama