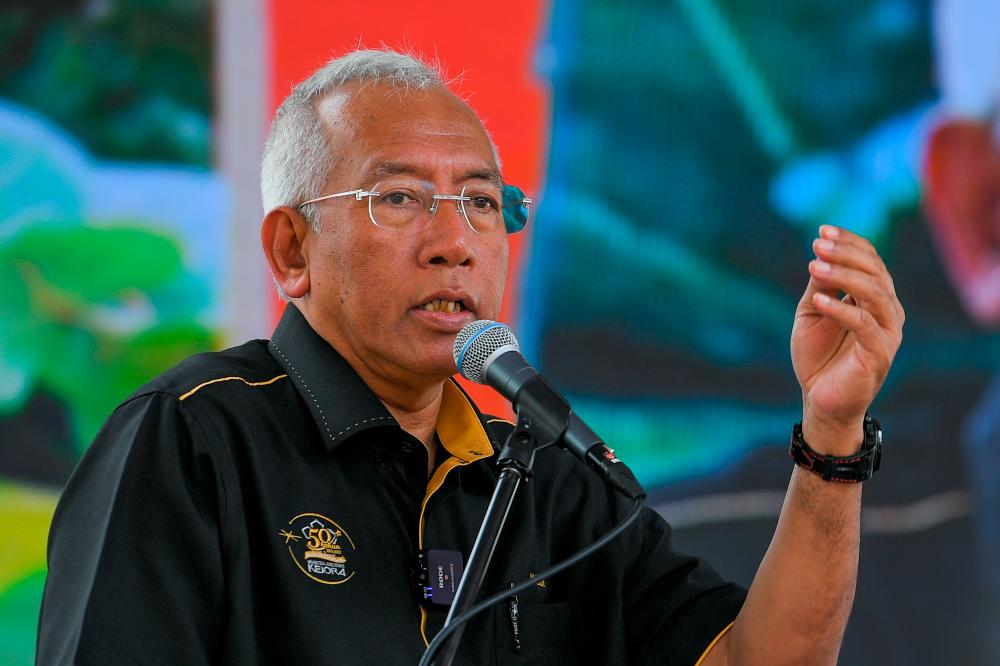 JEMPOL: A total of 809 out of 2,613 houses have been repaired under the Rumah Kasih Keluarga Malaysia (RKKM) Initiative while 10 out of 97 new units have been built as of June 17, says Rural Development Minister Datuk Seri Mahdzir Khalid (pix).

He said it involved seven states affected by the floods, namely in Negeri Sembilan, Pahang, Kelantan, Terengganu, Selangor, Johor and Sabah, with the total cost so far at RM44.8 million.

“Repair and construction of new houses had started since the floods till now, others are still under construction, some have not been completed due to land issues and some (houses are) unsuitable (to be built) on river reserve land.

“So we need to relocate, and in cooperation with the state government ask for alternative land, hence the delay in construction and some are still waiting for approval,“ he said after officiating the Knowledge Discourse Programme: 2022 Wanita Inspirasiku (WINS) organised by Kemas Negeri Sembilan here today.

The government had previously allocated RM50 million each to the Ministry of Rural Development (KPLB) and the Ministry of Housing and Local Government (KPKT) to mobilise the RKKM Initiative to rebuild and repair houses affected by floods.

In the meantime, he said the Community Development Department (Kemas) had allocated RM13.5 million for implementation of programmes to improve the standard of living for underprivileged (B40) families in rural areas this year in the form of entrepreneurship equipment and skills courses.

According to him, since the Kemas assistance was introduced in 2016, it has benefited 18,477 participants nationwide with 16,618 women being the largest number of recipients.

“I am confident that the allocation provided will provide many benefits to the community, especially those in rural areas who are trying to get out of poverty,“ he said.

In another development, Mahdzir said KPLB had channelled RM9.5 million to maintain and repair about 300 Kemas (pre-school) kindergartens which were in disrepair throughout the country.

“We do have provisions for that (dilapidated kindergartens) and Kemas has identified these for repairs,“ he said. — Bernama