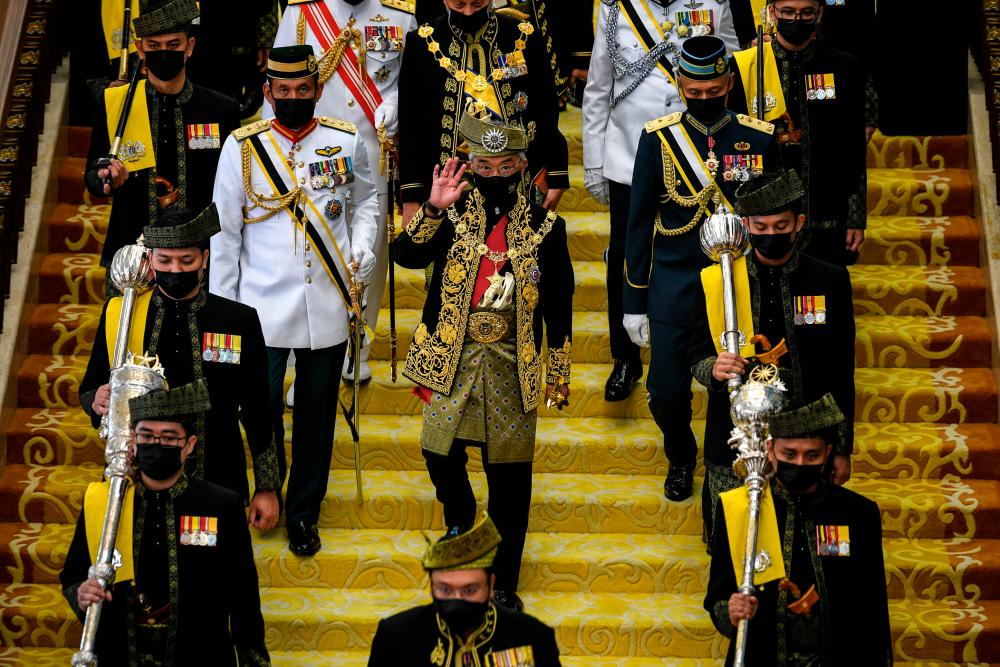 According to a statement posted on Istana Negara’s Facebook page, Al-Sultan Abdullah was greeted upon arrival by the Royal Military Academy Sandhurst commandant, Major General Duncan Capps and his wife Robyn Capps as well as Malaysia’s Defence Advisor in the United Kingdom Brigadier General Safwan Ismail.

At the event held at the Indian Army Memorial Room, Sultan Abdullah mingled with his former college mates from SMC 19 intake, recalling their training days.

Also present was His Majesty’s coach Colin John who expressed his pride to be able to meet again with Sultan Abdullah, who is also the Commander in Chief of the Malaysian Armed Forces.

“His Majesty’s presence at the ceremony also reflects the close friendship between Al-Sultan Abdullah and his batchmates, that has been established for more than 40 years.

Al-Sultan Abdullah also met and gave words of encouragement to two Malaysian Cadet Officers who are undergoing training at the academy.

The Royal Military Academy Sandhurst in London is a world-leading military training institution that provides a variety of leadership development training for army officers.