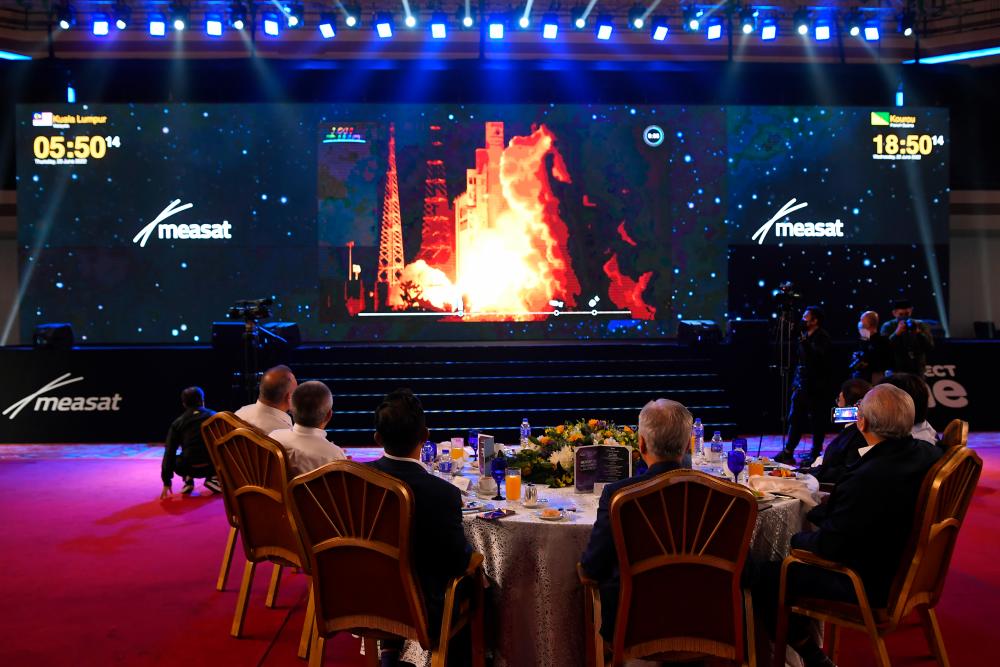 Comptroller of the Royal Household for Istana Negara, Datuk Ahmad Fadil Shamsuddin, said that His Majesty also expressed his happiness with the success of the launch as it was very meaningful for Malaysians.

Al-Sultan Abdullah also said that Malaysians will enjoy high-speed Internet access whether in urban, suburban, or rural areas throughout the Peninsula, Sabah, and Sarawak through satellite broadband services.

“His Majesty said it is also in line with the government’s initiative through the National Digital Network (JENDELA) plan in an effort to bridge the digital connectivity gap and create a digitally inclusive society without marginalising any group of people in the country.

“His Majesty also expresses hope that with stable and high-speed Internet, Malaysians will reap various socio-economic benefits such as participation in e-commerce activities and digital learning,” said Ahmad Fadil in a statement.

MEASAT-3d, which is MEASAT’s eighth and most advanced satellite, costs RM1.2 billion, was launched from the European Spaceport in Kourou, French Guiana, South America, at 5.50 am Malaysian time today (6.50 pm local time on June 22).

With a lifespan of 18 years, the MEASAT-3d satellite, weighing 5,600kg, is a Geostationary Equatorial Orbit or GEO-type satellite that has a wide coverage site and is capable of providing fast broadband services and supporting high data flow known as High Throughput Satellite (HTS).

The HTS is among the important services in the provision of high-bandwidth services, especially in rural areas.

Other telecommunications service providers can also use the satellite to offer data, voice, and video services to three to five per cent of the population not yet covered by fibre network or wireless broadband connections, similar to what is as offered by MEASAT through the CONNECTme NOW satellite broadband service. — Bernama