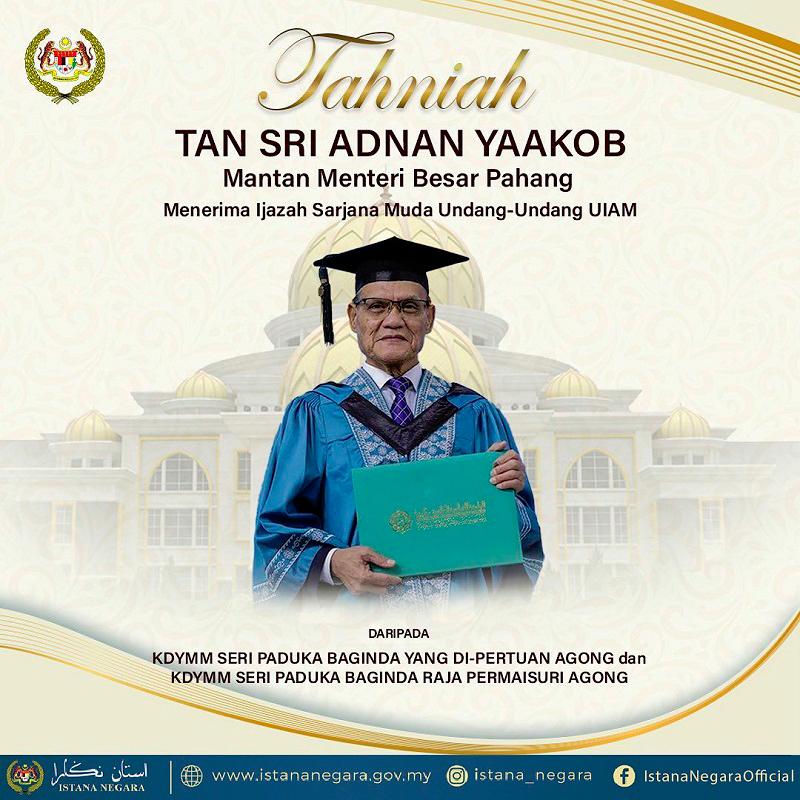 According to a post on the Istana Negara Facebook page, both Their Majesties expressed their happiness over Adnan’s feat in demonstrating that ageing does not impede academic achievement.

“Their Majesties called on the people to emulate Tan Sri Adnan who in pursuing his passion, proved that with dedication, great fighting spirit and earnest effort, one is able to compete and succeed.

“Tan Sri Adnan Yaakob who received his scroll at the 38th International Islamic University (UIAM) Convocation also made it into the Rector’s List after earning a Cumulative Grade Point Average (CGPA) of 3.62,” read the post.

Their Majesties also wished Adnan all the best in his future endeavours.

He was the longest-serving Menteri Besar of Pahang, having served for 19 years before relinquishing the post after the 14th general election in 2018. - Bernama