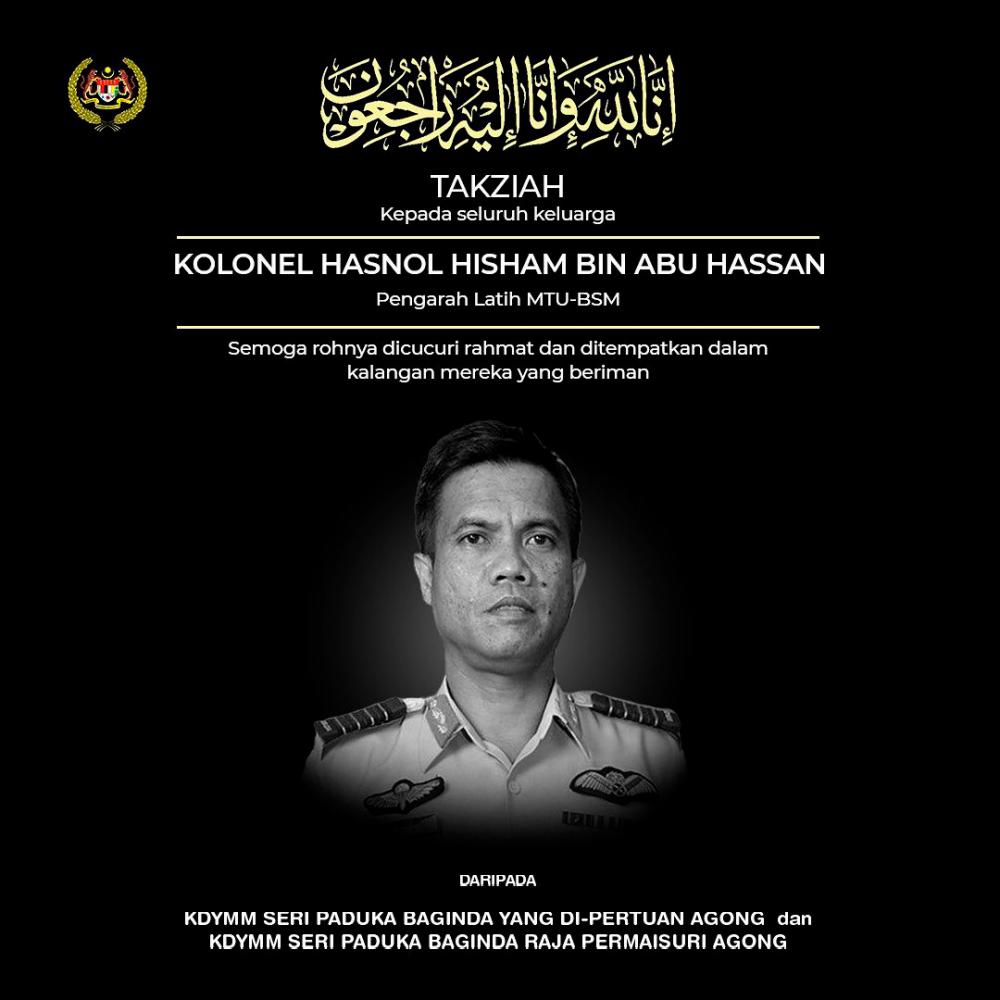 Their Majesties also expressed their sadness over the demise of Hasnol Hisham and hoped that all his family members would be patient and resilient in the face of this bereavement.

“Their Majesties pray that his soul will be blessed by Allah SWT and placed among the righteous,” read a statement posted on Istana Negara’s official Facebook page today.

He died at 10.58pm Saturday Seattle time (2.58 pm Sunday Malaysian time) after falling unconscious during the Airman to Airman Talks (A2ATs) programme at Camp Murray Seattle, held from Nov 14 to 19. He was 50. — Bernama