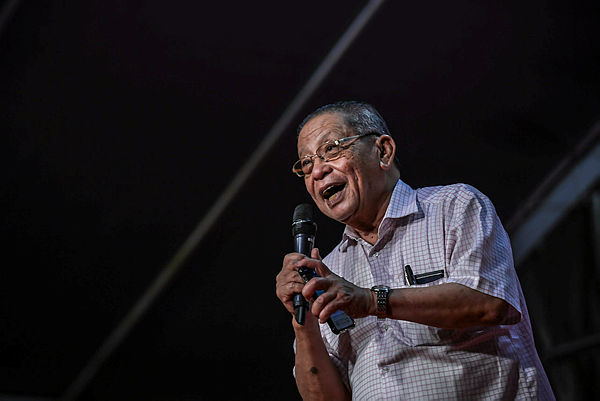 PETALING JAYA: DAP veteran Lim Kit Siang (pix) has rubbished claims that the party was out to get Maszlee Malik removed as Education Minister.

The Iskandar Puteri MP said this was just another one of the opposition’s elaborate tactics to regain federal power in the next general election, by creating rifts and divisions among Pakatan Harapan (PH) parties and leaders.

The article also claimed that party members are trying to force Maszlee to resign by signing a petition for his removal.

“There is no truth whatsoever in the postings, which are lies and falsehoods. DAP had never asked the prime minister to replace Maszlee with Teo, nor had anything to do with any petition asking Maszlee to resign.

“Such a dastardly lie is only the beginning of more falsehoods which will appear on social media in the coming weeks to cause tension, division and disintegration of Pakatan Harapan (PH),” he said in a statement today.

Lim said a new discipline was needed among all PH parties to ensure the “wreckers of the agenda of a New Malaysia” do not succeed.

He added that the tactic to stir up division and dissension among different personalities in PH parties was established after various other efforts to nullify the 14th General Election results had failed.

Lim said this included the ‘Malu Apa Bossku’ campaign made popular by former prime minister Datuk Seri Najib Abdul Razak, to create lies that Malay rights and Islam were under threat, peddle on falsehoods that PH is dominated by DAP and that PH had betrayed its election manifesto.

“It cannot be denied that there are differences on a host of issues among the parties and personalities in PH, but leaders at all levels should remain united and committed to the pillars of PH promises in our manifesto,” he said.