Kit Siang on why Najib going for broke in Cameron Highlands 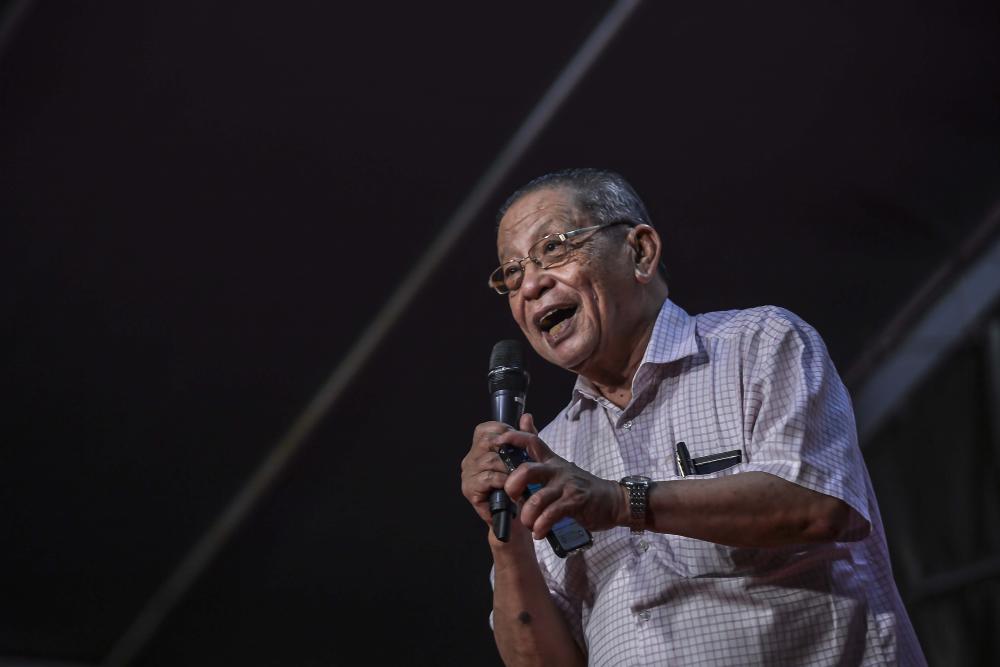 A defeat in the by-election would be a death knell for any possibility of Najib’s political come-back in 15th General Election (GE15) and legitimisation of 1MDB scandal, the DAP adviser said.

“Secondly, returning as prime minister again in the GE15 by 2023 will grant him immunity and impunity for the criminal charges of corruption, embezzlement and abuse of power which had been slapped on him by the Public Prosecutor, provided his lawyers could drag out final appellate proceedings and his avoid being sent to Sungai Buloh Prison before his political comeback.”

This is why Najib is back in the Cameron Highlands by-election campaign today for its outcome would literally be a political “life or death” sentence for him, Lim said.

Meanwhile, Bernama reported that Lim urged Chinese voters, especially those living outside the Cameron Highlands constituency, to return to cast their ballots in by-election.

DAP adviser Lim Kit Siang called on all Cameron Highlands voters to exercise their rights as Malaysians, and to support the Pakatan Harapan (PH) in the upcoming by-election.

“We understand that the Chinese New Year is only 10 days after the by-election, maybe the Chinese voters’ feel less the need to return to cast their ballots but their attendance is very important.

“Every vote counts, for the interest of the country and future generations, I ask them to return home, regardless whether they are Malays, Chinese, Indians and from the Orang Asli community, and we hope they will support PH. If we win, it is a great achievement,” he told reporters after meeting the public at the Pasar Pagi Kampung Raja, this morning.

Lim spent about 40 minutes in the area accompanied by drum performances by a lion dance group.