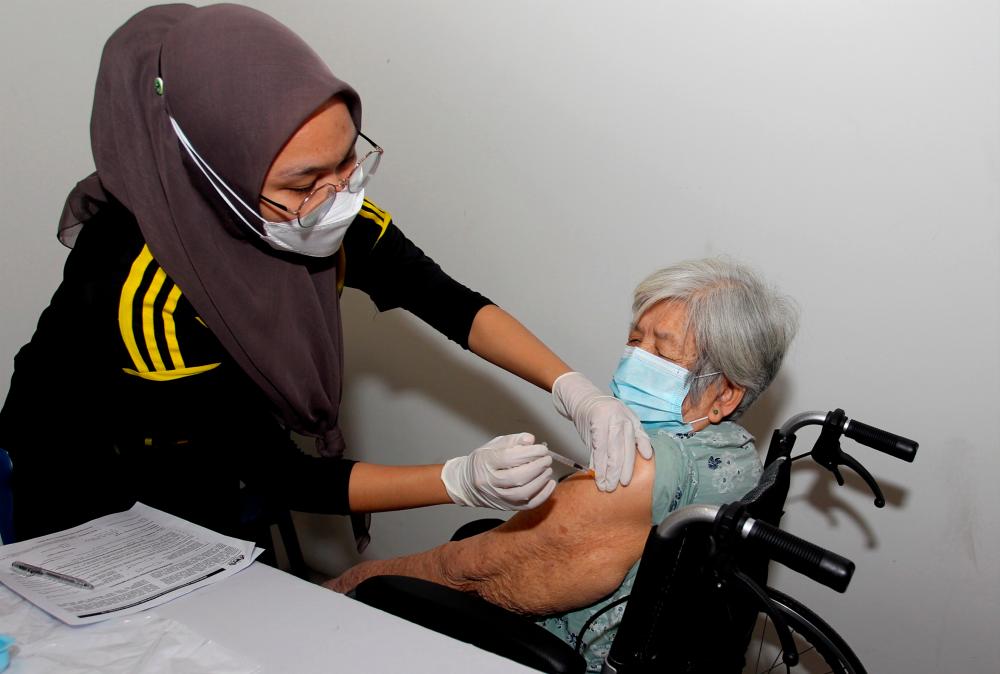 PETALING JAYA: Senior citizens aged 60 and above and individuals with chronic diseases are encouraged to get a second booster dose to increase their immunity against Covid-19 infection, said Health Minister Khairy Jamaluddin.

He said this is because the number of new Covid-19 cases would fluctuate and the country might be hit by another wave of infections in two or three months’ time.

“That is why certain categories (of people), those who are old and facing chronic health problems, are encouraged to top up their immunity through an additional dose,” he told reporters after opening a dialogue session in conjunction with the Health Ministry (MOH) hospital directors’ conference here today.

Khairy said as of yesterday, 107,844 people in Malaysia had received the Covid-19 vaccine second booster dose, with 57,834 of them being individuals aged 60 and above.

“So far, we have not received any reports of side effects caused by the second booster shot,” he added.

On the reopening of the National COVID-19 Immunisation Programme for Children (PICKids), he said so far 397 children aged five to 11 years had received their vaccination under the extended programme which runs from June 20 to 24.

He said the programme was reopened for five days to allow parents who had missed out on PICKids earlier to get their children vaccinated.

“Although it was announced that PICKids ended on May 31, some parents asked for a chance to use the vaccination facility. Some missed out because they did not get the necessary information,” he added.

Asked on the issue of payment for the MySejahtera application operator, Khairy said the government had not made any payments yet but had received the green light from the Attorney-General’s Chambers to conduct price negotiations. - Bernama