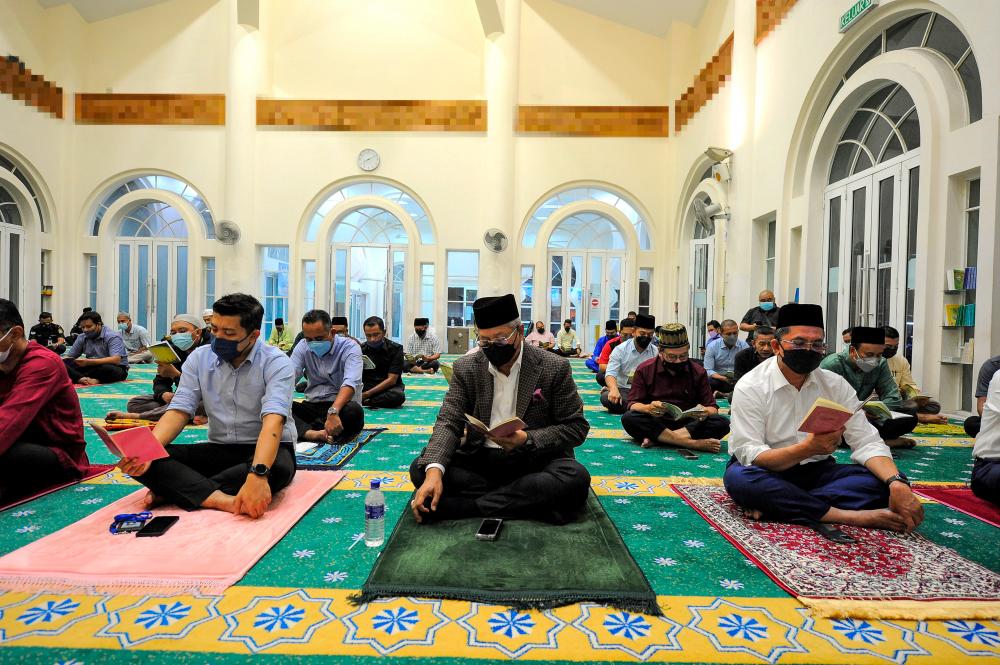 KUALA LUMPUR: Communications and Multimedia Minister Tan Sri Annuar Musa joined in a congregation of over 50 people in a Solat Hajat and Yasin recital ceremony to pray for the good health of former prime minister Tun Dr Mahathir Mohamad at the Muhammadi Angkasapuri Mosque here tonight.

The event was held in accordance with standard operating procedures (SOP) set by the National Security Council, including physical distancing and the wearing of face masks during prayers.

Yesterday, Dr Mahathir’s daughter Datin Paduka Marina informed that her father, who is currently being treated at the National Heart Institute (IJN), was in stable condition and responding well to the treatment following his elective medical procedure on Jan 8.

The Langkawi MP was previously allowed to leave IJN on Jan 13 after being admitted to the medical centre on Jan 7 to undergo the elective procedure which was conducted by a team of doctors from the institute as well as the University of Malaya Medical Centre. — Bernama