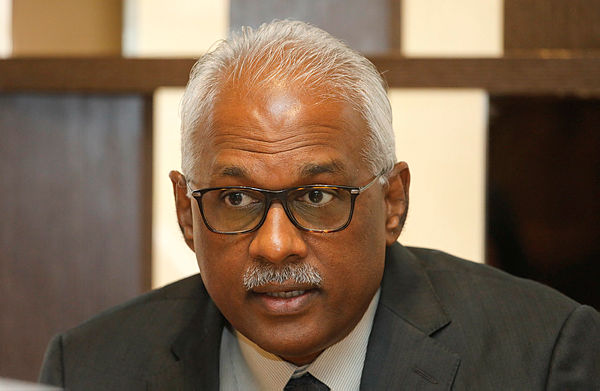 Santiago said besides that one question that has caused uproar among many Malaysians, the university also posed several other questions in the exam paper that were offensive to the Indians in Malaysia and to those who opposed the introduction of Jawi in schools.

He said the Education Ministry’s decision to disclaim responsibility on the matter, by claiming that it does not interfere with public universities’ autonomy, was unacceptable.

As such, Santiago said Maszlee, top officials in the ministry, the lecturer who set the exam questions, and the university — that has since launched a probe into the matter — must be held accountable over the issue.

”It’s clear that the university is culpable. It’s therefore irresponsible for it to feign ignorance and hide behind the pretext of launching an investigation.

“And interestingly, the Ministry of Education has also washed its hands off the matter by quickly saying it doesn’t interfere with the autonomy of public universities.

“Maszlee has not only failed to revamp the education system but has also not been successful in ensuring public educational institutions don’t further fan elements of racism,” he said in a statement yesterday (Jan 1).

According to Santiago, other than calling Indian fugitive Zakir an icon in one of the questions, the exam paper had also asked which nation dark-skinned people, who can be found in Asian countries like Malaysia and Indonesia, are from.

Another question read: “Previously, the Jawi writing was a hot topic of discussion in the country. It has opened the eyes of many to express their views and opinions on the matter. Even some politicians are involved. Why is this wrong in the eyes of certain parties?”

Santiago lamented that many Malaysians have become unbelievably “racist and xenophobic”, and that something has gone terribly wrong with society.

“This is not the first time that ridiculous exam questions reflect the current mindset. In March 2017, people were angered by a question posed to seven year olds, which promoted racial and religious stereotypes. Here, the students were asked to match up names with various places of worship.

“Two years down, we are still grappling with racist elements in schools and public universities,” he said.