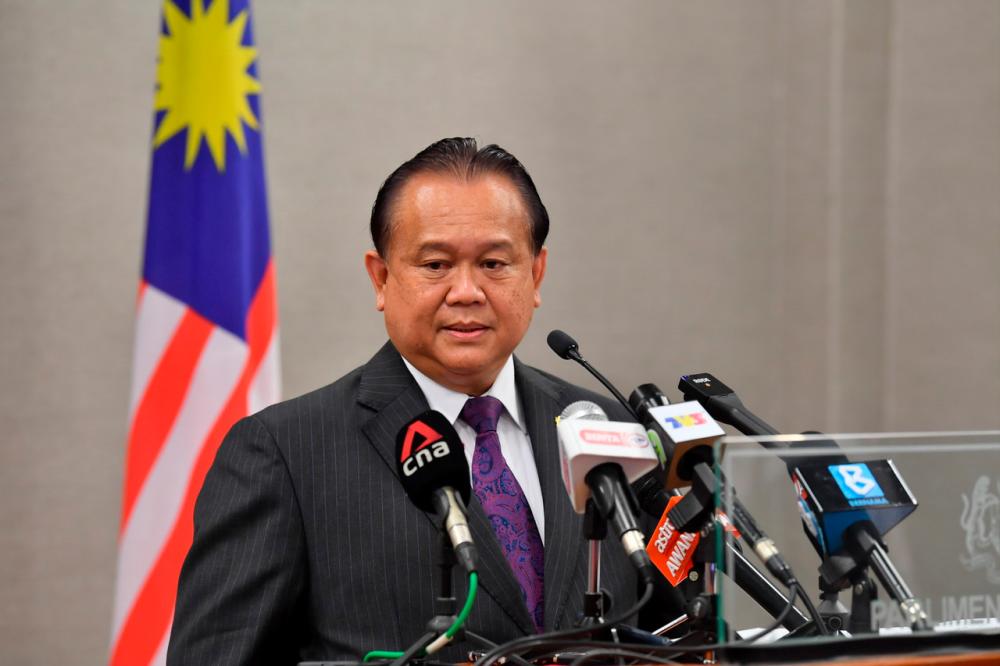 KUALA LUMPUR: The success of the Micro Franchise and Affordable Franchise Development Programme in giving a direct impact to at least 35 full and matching grant recipients to grow their businesses is among the key benchmarks set by the Ministry of Domestic Trade and Consumer Affairs (KPDNHEP) under the 100-day Aspirasi Keluarga Malaysia (Malaysian Family Aspiration).

Its minister Datuk Seri Alexander Nanta Linggi (pix) said the programme acted as a “push factor” in strengthening the economy in stages, which has had a positive socio-economic impact.

“Although it has not been 100 days (yet), we have reached more than 35 recipients according to the budget given to us, which is only RM4.5 million to develop this programme and provide assistance to them.

“Initially, we targeted 35 recipients, but now, we have surpassed 37 and in a few days, maybe we can add more (recipients). So, that has surpassed our target, giving a 100 per cent achievement,“ he said on Bernama TV’s Ruang Bicara programme last night.

Elaborating on the matter, he said the LPG regulatory exemption in Sarawak under the Petroleum Development Act (PDA) 1974 and the Control of Supplies Act (CSA) 1961 as well as the approval for SEDC Energy Sdn Bhd to become a full-fledged oil and gas company were among the ministry’s KPIs to boost the petroleum and gas industry, in line with the government’s commitment to the Malaysia Agreement 1963 (MA63).

“Regarding the regulatory exemption, we have given letters of appointment to the relevant parties in Sarawak and that has also been achieved 100 per cent.

“We are at the forefront in this matter to assist the ministries and authorities in Sarawak to ensure that enforcement runs smoothly,“ he said.

Nanta said the ministry also set a target to safeguard the rights and well-being of consumers in weathering the Covid-19 pandemic, by lowering the ceiling price of Covid-19 Antigen Rapid Test Kit (RTK) products in the market.

“The price for the test kit is now much lower than the initial target. We initially wanted to put the maximum selling price of the kit at RM19.90, but now the kit is being sold for around RM6 and the latest, RM4.90. So, even there, we have succeeded,“ he said.

Nanta said the success was the result of a high level of commitment from the ministry and all officers involved, as well as the comprehensive implementation of planned strategies and mechanisms.