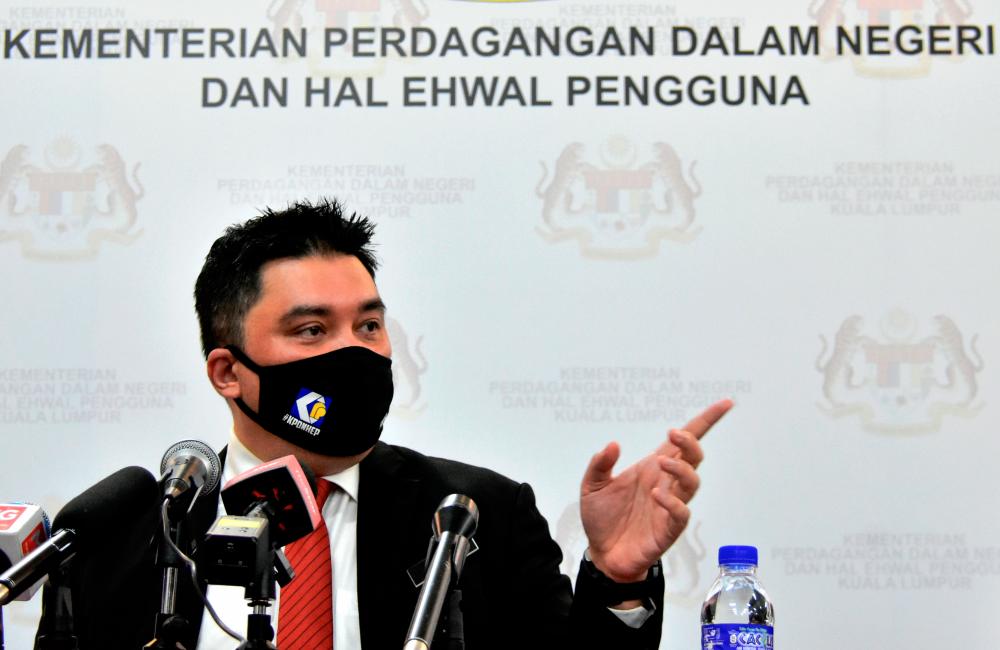 KUALA LUMPUR: A total of 2,797 assorted water filters and pressure cookers worth RM7.5 million were seized on suspicion of being stored and sold without ministry approval at a warehouse in Taman Perindustrian Subang here on Thursday (Oct 21).

Kuala Lumpur Domestic Trade and Consumer Affairs Ministry (KPDNHEP) director Ariffin Samsudin said the items were stored and sold by a famous direct-selling company although they were not on the list of items approved by the ministry.

He said the company’s licence was valid till 2023 but the items sold (which were seized) had not been approved by the ministry.

“The company has 21 items approved for sale but these products were sold illegally as they were not listed in the application,” he told a press conference here today.

Ariffin said every item for sale by a direct selling company had to be approved by the KPDNHEP secretary-general, who acts as the controller of direct sales.

“Any party that violates the conditions of their licence has committed an offence and is punishable under the provisions of the law,” he said, adding that the company had to obtain approval from the controller of direct sales if they wished to change or add products to the list of the 21 approved items.

Investigations are being conducted under Section 6(4) of the Direct Sales and Anti-Pyramid Scheme Act 1993, he said.

Meanwhile, in NILAI, KPDNHEP Enforcement director Azman Adam said that the ministry had disposed of various seized items, including counterfeit products, worth RM51.91 million from early January till September this year.

The ministry had also conducted 632,242 inspections on premises nationwide and 8,782 seizures for various offences totalling RM29.96 million throughout the same period, he said.

“Throughout this year, the ministry has conducted enforcement and checks relating to supply, price, anti-profiteering, leakages, counterfeiting, halal issues, hire purchase, anti-pyramid schemes, direct selling, online fraud and other matters,” he said during a media conference at the product disposal event held at the ministry’s enforcement division storage complex today.

He said the disposal included seized items from various offences under the Trademarks Act 2019, the Direct Sales Act 1999, the Control of Supplies Act 1961 and the Consumer Protection Act 1999.

He said compounds worth RM4.11 million were issued in 7,380 cases nationwide while 97 cases involved court action valued at RM798,292. — Bernama