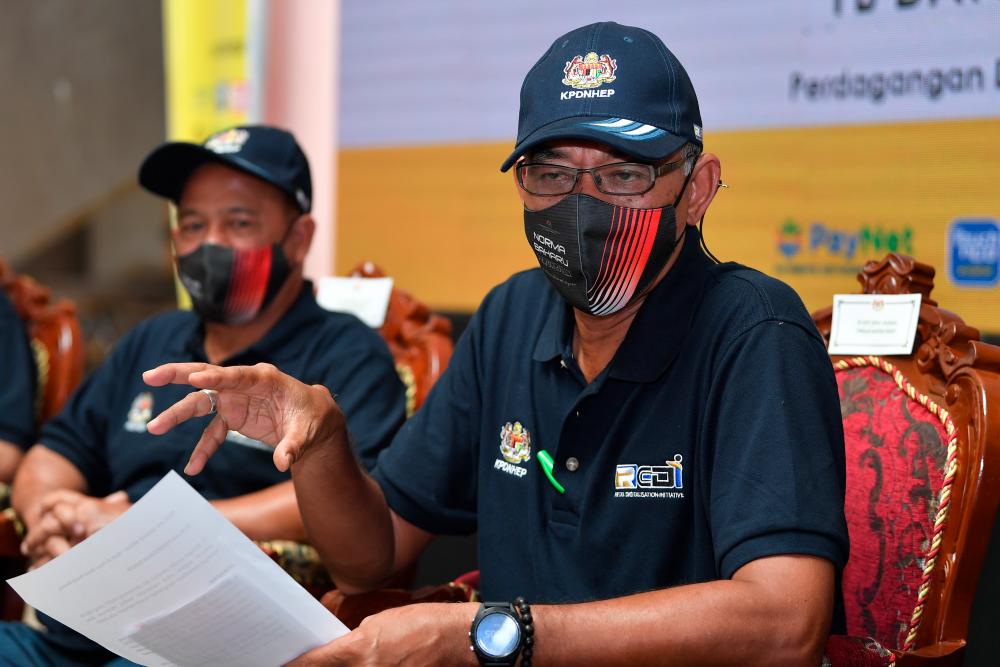 KUALA BERANG: The Ministry of Domestic Trade and Consumer Affairs (KPDNHEP) is targeting 15,200 micro and small traders nationwide to use the e-wallet method in their business transactions by the end of 2022.

Its deputy Minister, Datuk Rosol Wahid (pix) said that KPDNHEP, in collaboration with the state governments and local authorities (PBT), would ensure 100 traders at every PBT participated in the Retail Sector Digitilisation Initiative (ReDI) programme in order to realise the aspiration.

“The usage of e-wallet is no longer alien among the retail sector players such as the networks of supermarkets, petrol kiosks as well as food and beverage industries in major towns but it is not so widely used among micro and small traders and small and medium entrepreneurs especially in rural areas.

“The use of e-wallet does not only provide significant added value towards the expansion of businesses but could also ensure traders have a more orderly and systematic financial record management because it is generated automatically,” he said when launching the ReDI programme at the Kuala Berang market, here, today.

In addition, he said traders, especially micro and small traders at restaurant, stalls and farmers’ markets could also access the micro loan offered by the e-wallet facility providers.

During the ceremony, Rosol declared Kuala Berang as the ‘First Rural e-Wallet Region in Malaysia’ which provided a momentum to the national digitilsation agenda especially among the retail industry in rural areas.

In a bid to support of the implementation of the ReDI programme, the ministry, through the National Action Council on Cost of Living Secretariat, is implementing a cashless contribution pioneer programme for consumers involving selected target groups in Hulu Terengganu starting from today, he said.

“The programme will involve contributions to 200 household heads with a financial injection of RM50 for three months which can only be redeemed using the e-wallet application,” he said.

Meanwhile, Rosol also announced that the KPDNHEP had appointed 731 retailers, wholesalers and manufacturers nationwide to store food supplies and basic necessities in preparation for the northeast monsoon.

He said the total involved 428 retailers, 299 wholesalers and four manufacturers who would stock an additional 30 per cent of their food supply quota and basic necessities.

“Of the total, 352 of the selected wholesalers and retailers are in Terengganu, Kelantan and Pahang since the East Coast states are usually the most affected by floods,” he said.- Bernama