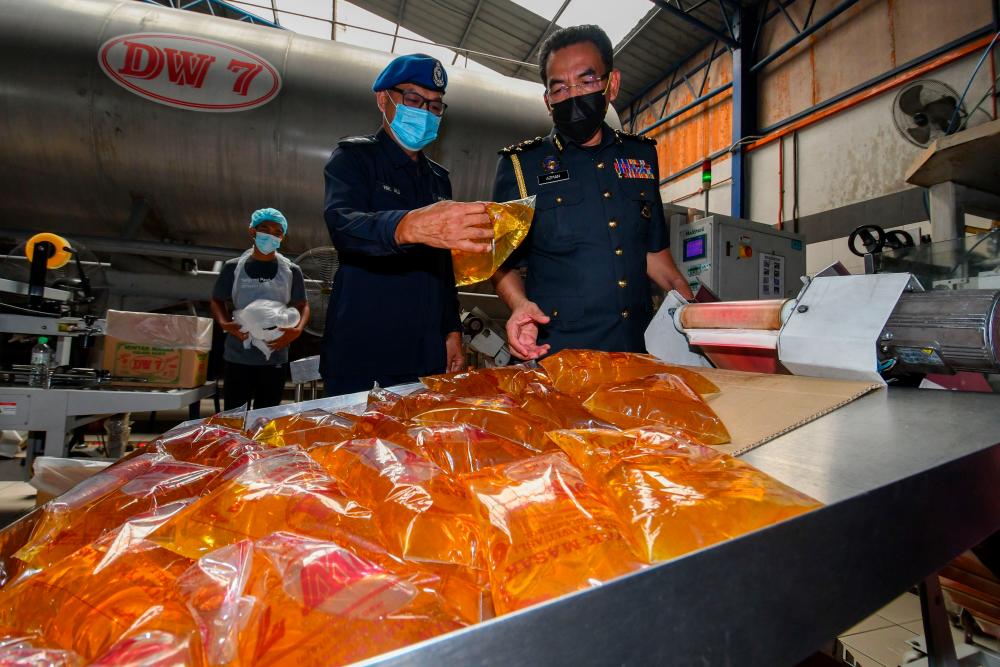 Its minister, Datuk Seri Alexander Nanta Linggi said that it was being considered and they would study how GLCs could help the 300 licensed companies and the distribution.

On reports that states were selling bottled cooking oil above the set maximum price, he said the traders involved were asked to adhere to the set prices that came into effect yesterday.

He said although there were provisions allowing the ministry to take action, they were trying to avoid taking stern action.

“But if this goes on, we will have to take action to avoid it impacting consumers,” he said after visiting the ministry’s exhibition booth at the 2022 Malaysian Agriculture, Horticulture and Agro-Tourism (MAHA) exhibition at the Malaysian Agro Exposition Park Serdang (MAEPS) here today.

On a separate issue, Alexander added that the cooking oil packs found drifting in Indonesian waters were not owned by Malaysia, and based on information received, they were Indonesian-owned. - Bernama