KPKT not involved in offering projects through direct negotiations - Zuraida 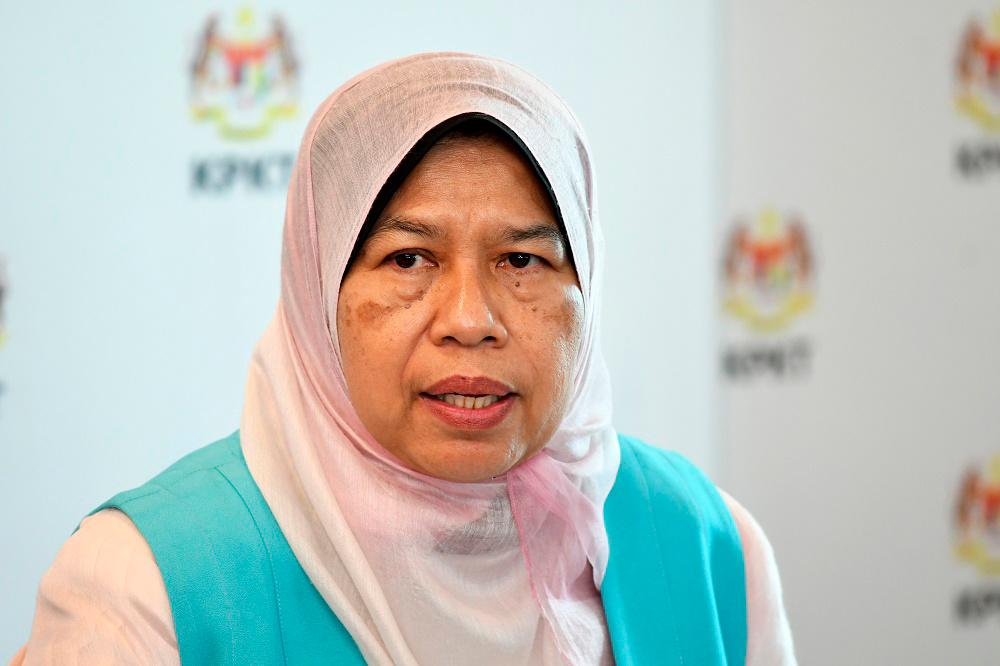 KUALA LUMPUR: Housing and Local Government (KPKT) Minister Zuraida Kamaruddin (pix) has stressed that she was not involved in offering any projects through direct negotiations when she headed the ministry during the Pakatan Harapan (PH) government’s administration.

She said she would not have any problem if Finance Minister Tengku Datuk Seri Zafrul Tengku Abdul Aziz, or former Finance Minister Lim Guan Eng, wanted to reveal details of companies which accepted projects through direct negotiations.

“Lim Guan Eng can reveal them because he knows. He (Lim) admitted there were no direct negotiations but we find that this has happened, so he is the one who needs to reveal them,” she told reporters after giving a speech at the Women’s Leadership Forum in conjunction with the Women’s Day here today.

Tengku Zafrul had revealed in the Dewan Rakyat yesterday that the country’s administration headed by the PH government had approved 101 projects worth RM6.61 billion to various companies through direct negotiations in the 22 months that it was in power.

He said direct negotiations could be carried out but only under certain conditions and would need to fulfil certain criteria, among which was that the projects could not be delayed without causing damage to the country.

“It is not true, I have some reports from my director-general. What I know is that there are a few ... we have a list of them actually. It is not true, what he said is not true. They should understand because when I was a PH minister before, I served the other states as well ... no discrimination at all,” she said.

Meanwhile, Zuraida suggested that the Women’s Institute of Management (WIM) organised women’s leadership training judging by the importance of their involvement in politics and, subsequently, becoming the government’s policy-makers.

She said this was because women’s involvement at the decision-making level had yet to reach 30%, thus showing that women were less active at the nation’s highest levels.