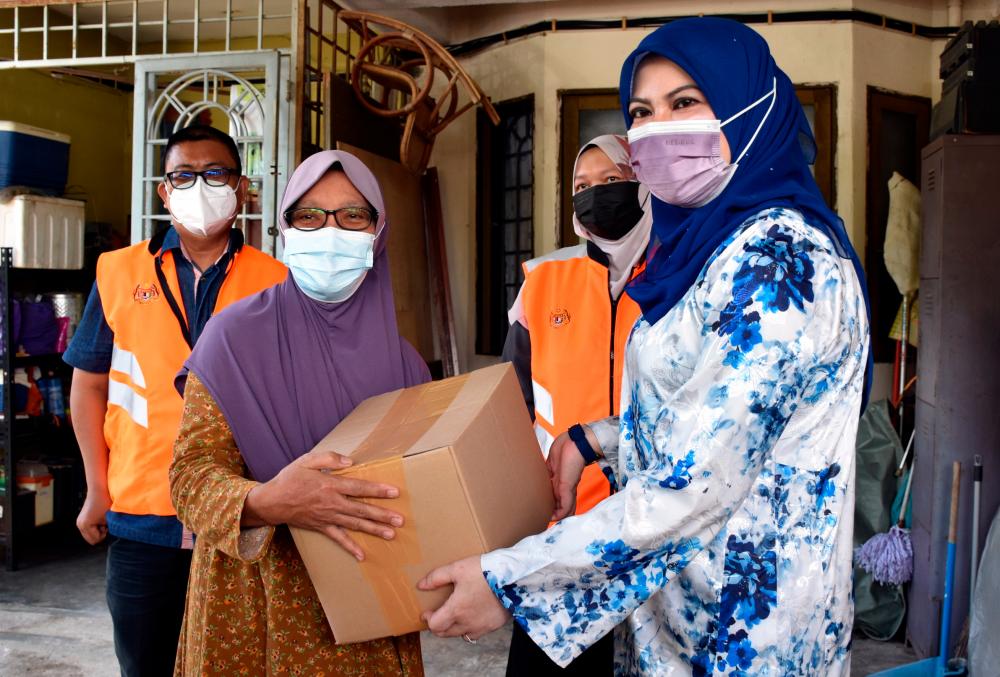 MELAKA: The Ministry of Women, Family and Community Development (KPWKM) has adopted the food Poverty Line Income (PGK) limit of RM1,169 for the distribution of aid involving the hardcore poor.

Its Minister Datuk Seri Rina Mohd Harun (pix) said KPWKM had previously used the PGK on the average household income of RM980 for that purpose before increasing it to RM1,169 based on a 2019 study conducted by the Department of Statistics Malaysia.

She told reporters this after handing over a letter of offer to the welfare assistance recipients under the Social Welfare Department (JKM) in Cheng here today.

She said this to clarify the confusion especially among aid applicants regarding the use of the PGK to qualify them to obtain assistance under KPWKM.

“Apart from financial and psychosocial assistance, we also look at the recipients’ other needs such as helping the recipient’s children get jobs through the cooperation between the ministry and other agencies,“ she said.

She also advised the disabled to register under JKM so that they can receive 32 benefits provided by the government to ease their burden.- Bernama