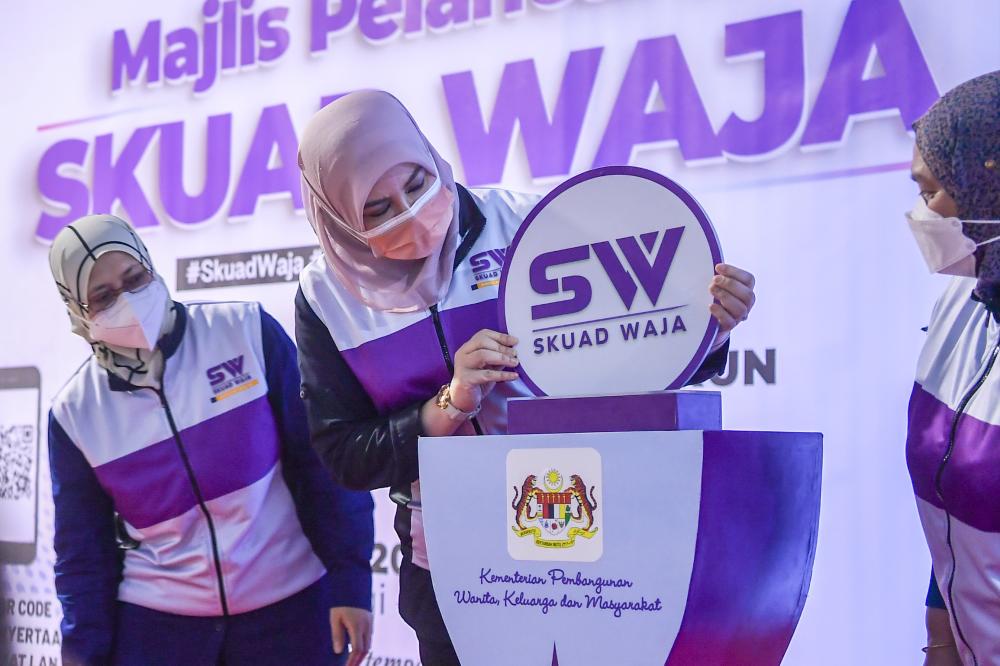 SEPANG: The Ministry of Women, Family and Community Development (KPWKM) aims to sign up 100,000 volunteers for the Waja Squad or women anti-crime squad by the end of this year.

She said Waja Squad members were volunteers, under the supervision of the Department of Women’s Development, (JPW) as the eyes and ears of the government in society to help victims of violence.

“Domestic violence cases are increasing by the day and are worrying. According to police statistics, 5,821 cases were reported with investigation papers opened from January to September 2021 compared to 3,677 cases in the same period in 2020,” she said.

She was speaking to the media after flagging off the national level Waja Squad, here today.

Rina said the target of 100,000 squad members would be attained by mobilising the initiative nationwide with the co-operation of non-government organisations, communities and Rukun Tetangga.

She said the initiative was among the Key Performance Indicators (KPI) of KPWKM in the first 100 days.

“The role of the Waja Squad in the communities especially during this pandemic period is very meaningful.

“It will be the backbone of KPWKM’s new strength in achieving the Malaysian Family empowerment agenda through the sixth focus of the 12th Malaysia Plan (12MP),” she said.

The Waja Squad was set up on March 8 in conjunction with the Women’s Day celebration aimed at empowering the community through psychosocial and mentoring activities to boost awareness of crime issues.

As a result of the implementation of the Waja Squad, 775 cases were successfully guided and assisted until October 12, Rina added.