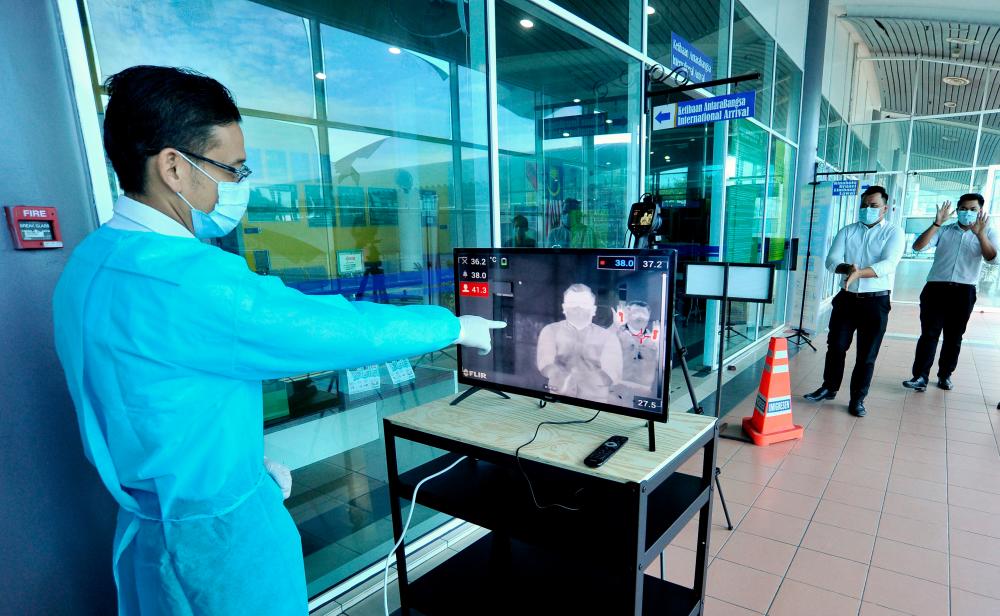 LABUAN: The Labuan Health Department today installed a thermal scanner at the main entrance of the Labuan International Ferry Terminal to screen the body temperature of passengers, due to the Covid-19 outbreak.

The department’s director Dr Ismuni Bohari said the terminal was chosen due to its function as the main entry point for both local and foreign visitors from Kota Kinabalu and Brunei.

“We are using it today officially, not only to detect passengers with Covid-19 symptoms but also other contagious diseases,“ he said, adding that the machine would help medical staff conduct the required screening effectively and with lesser risks.

The director told reporters this at the terminal.

Dr Ismuni also said that offshore workers arriving on ships were subject to health screening by the department’s medical officers who would board the ships, before the workers would be allowed to enter Labuan town.

The department is working closely with relevant agencies such as the National Security Council, Malaysian Maritime Enforcement Agency, marine police and the Marine Department of Malaysia.

The director also said that Labuan Airport which only handles domestic flights, had seen more than 35,000 passengers including oil and gas-related workers, undergo health screening so far. - Bernama

1.Malaysia to work with Indonesia on mutual recognition of vaccination certificates