Lack of civic mindedness will be destructive to the country: PM 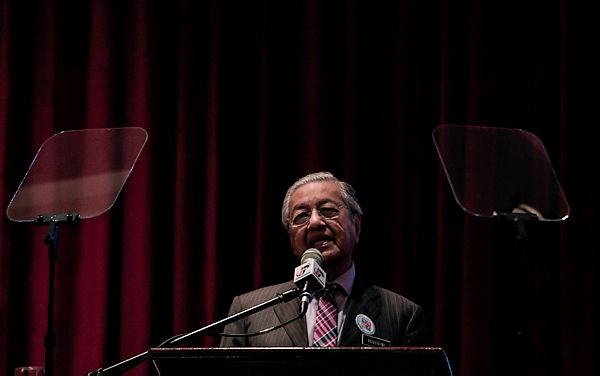 PUTRAJAYA: The lack of civic mindedness and respect for property will only end up destroying the nation in the long run, Prime Minister Tun Dr Mahathir Mohamad said today.

He emphasised the importance of instilling civic values in children, in order that they grow to become adults with respect for society and the environment.

“The ‘it is not my problem’ attitude among people must be done away with,” he said at the launch of the National Civic Education Plan, here today.

“People must take responsibility for the surroundings. The idea and mindsets that a person can take whatever he wants because he thinks no one is watching and no action will be taken against him must end.”

Mahathir brought up the issue on toilets, a topic many Malaysians would be embarrassed to talk about. In fact, Mahathir himself said that he is ashamed of the conditions of some of the toilets he came across on his “inspection rounds”. He found many to be in repulsive conditions.

“The inability to keep a place clean also reflects the mindsets of those who lack civic consciousness,” he said.

Graffiti was not left out. He said they were found all over the nation’s capital, on building walls and vandalism on public property.

“It is the duty of educators to educate students on the importance of civic values, especially now, as modern parents these days are too busy,” said Mahathir.

He urged Malaysians to have respect for others and be responsible for their surroundings.

Mahathir then mentioned those who were willing to give up their time to help in the search for the missing Irish teenager Nora Anne Quoirin, and cited them as examples of civic minded individuals.