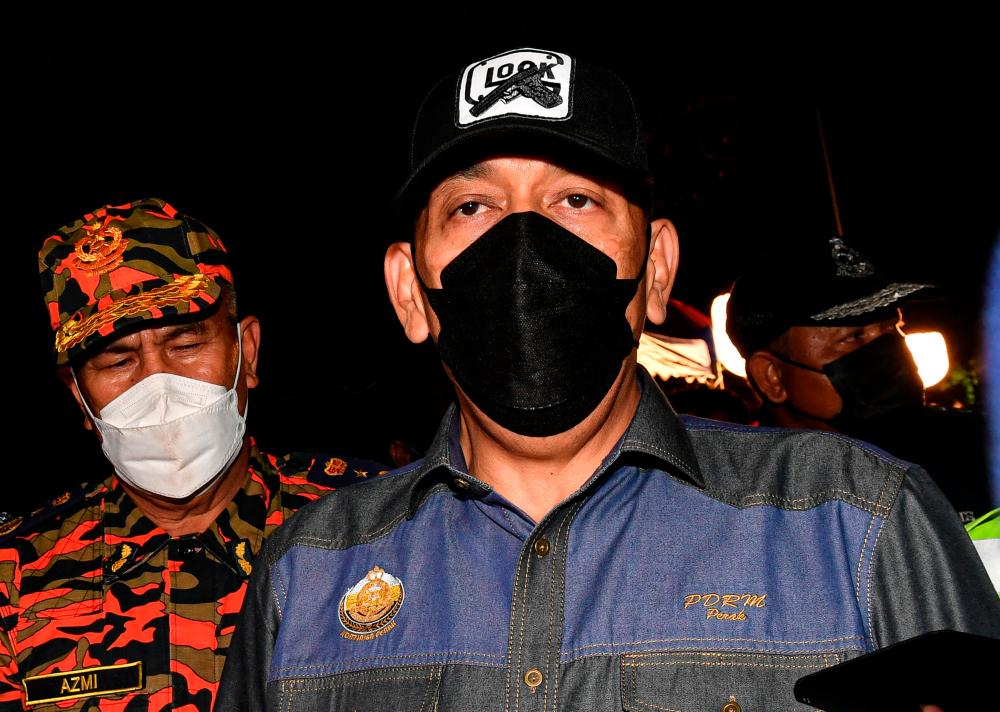 According to the Perak police chief, Datuk Mior Faridalathrash Wahid (pix), who was at the location, the dead were lorry driver Muhammad Hafiz Hamdi, 31, while the other was the driver of a multi-purpose vehicle (MPV), in his 50s, whose identity had not been ascertained.

According to a Perak Fire and Rescue Department spokesman, the lorry driver had responded on the evening of the incident during an effort to rescue him but he was confirmed to have died.

After almost seven hours of search and rescue operation, the rescue team had succeeded in extricating both the bodies from the two vehicles in the landslide tonight at about 10pm to be taken to the Raja Permaisuri Bainun Hospital here for post mortem and claims by the next-of-kin.

The vegetable lorry driver was heading to Simpang Pulai from Cameron Highlands while the MPV driver was going to Penang from Gua Musang, Kelantan.

“The landslide occurred along a 100-metre stretch and the main route to Cameron Highlands is not safe for all types of vehicles and is still under the control of the concessionaire. — Bernama