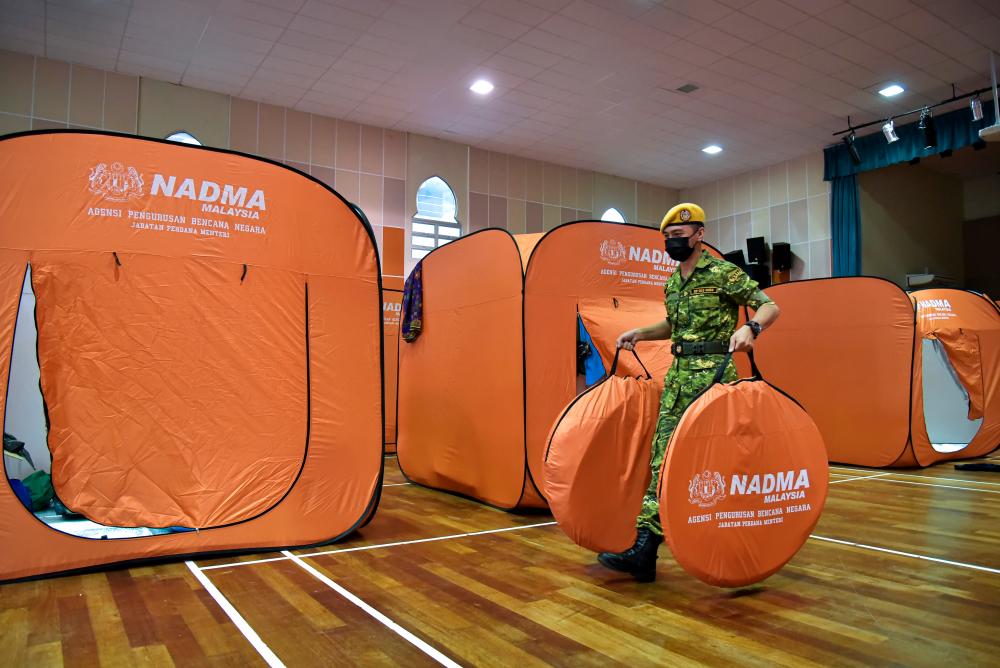 KUALA LUMPUR: The situation in flood-hit areas in Melaka returned to normal today as four evacuees at the Sekolah Kebangsaan Durian Tunggal relief centre (PPS) in Alor Gajah were allowed to return home.

“Work to restore electricity supply to the victims’ houses has been completed, and they were allowed to return home this afternoon,“ he said in a statement.

In Selangor, the National Disaster Control Centre portal said that as at 4.15pm today, 26 people from eight families in Kampung Giching were still taking shelter at two PPS in Sepang.

In Kedah, 140 people from 36 families were still housed at the Dewan Rakan Sukan PPS in Tanah Merah, near Pendang, which was opened on Sunday. — Bernama