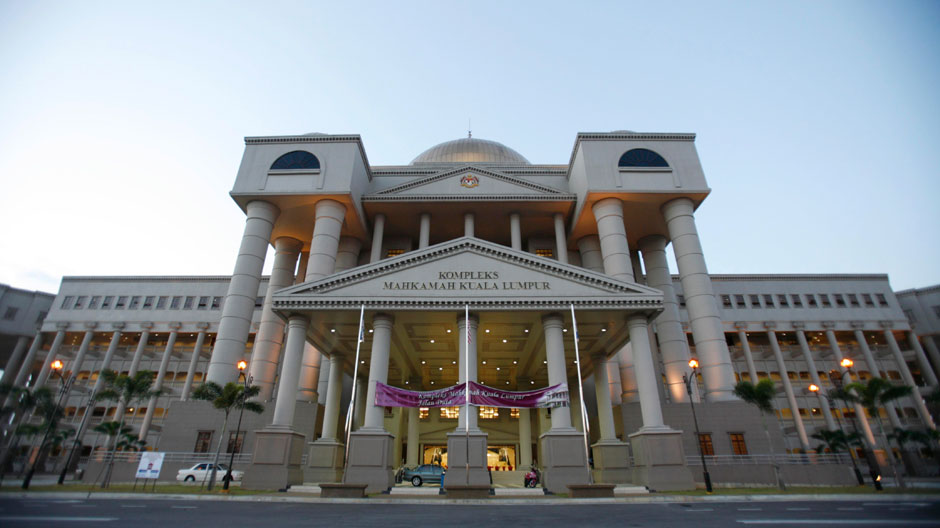 Picture used for rerpesentational purposes only.

PUTRAJAYA: The Federal Court today sentenced lawyer Arunachalam Kasi, better known as Arun Kasi, to 30 days’ jail and fined him RM40,000 after finding him guilty of contempt of court over his two statements criticising the proceedings and decision of a court case.

Justice Tan Sri Ramly Ali, who led a five-member panel, held that Arun Kasi’s contemptuous statements against the Federal Court were very serious and tarnished the good name of the judiciary as a whole, undermined the public confidence in the judiciary, and ridiculed, scandalised and offended the dignity, integrity and impartiality of the court.

“We have also considered the Bar’s submission not to impose a custodial sentence. However, the gravity of the offence committed by Arun Kasi, coupled with his refusal to tender an unreserved apology, justifies this court taking a serious view of the matter.

“In the circumstances, we are of the view that the appropriate sentence is a term of imprisonment of 30 days from today and a fine of RM40,000 in default 30 days’ jail,” said Justice Ramly.

“We find there is no merit to stay the ruling. Stay is dismissed. Arun Kasi to serve his sentence today,” said Justice Ramly.

Datuk Joy Appukuttan, counsel for Arun Kasi, requested for a stay of execution, saying he will file the review application against today’s decision. Attorney-General Tommy Thomas argued that this was not a criminal case that needs to get a stay pending an appeal to the next stage.

Arun Kasi, who was standing outside the dock, also asked for a stay and informed the court that he is currently receiving treatment in a hospital and the doctor had given him permission to attend court proceedings and that he has to return to the hospital.

On Feb 27 this year, the Federal Court allowed the Attorney-General’s ex-parte application for leave to initiate contempt proceedings against Arun Kasi for allegedly making criticisms in reference to an affidavit of Court of Appeal judge Dr Abdul Hamid Abu Backer on alleged judicial misconduct, in two articles published on the Aliran online portal on Feb 16 and Feb 22, 2019.

In both the articles, Arun Kasi had allegedly criticised the conduct of the proceedings by the Federal Court and the decision that was delivered on Nov 11, 2018, in the case of PCP Construction vs Leap Modulation.

Justice Ramly said the panel, in imposing the sentence, had carefully considered the submission of the Attorney-General and the mitigation by Arun Kasi and his counsel.

“We note that he (Arun Kasi) has expressed his regret if his writing is seen to have undermined public confidence in the judiciary. But, at the same time, we note that he has not tendered an unreserved apology despite a query from the court,” he said.

Justice Ramly said the case should serve as a reminder that while the members of the public are entitled to express their opinion rationally and engage in discussion on the decision of a court, this has to be done within the limits permitted by law.

He said it is important to emphasise that the jurisdiction of the courts does not exist to protect the dignity of individual judges personally but serves to protect the Judiciary as the third branch of government.

“Neither is such jurisdiction to be utilised to restrict honest criticism, which is based on rational grounds, to ascertain the manner in which the court performs its functions. Any such discussion should, in any event, be conducted bona fide, for and in the public interest,” he said.

The judge said the panel was not persuaded that Arun Kasi’s statements were authored in the public interest as it was clear to the court that the authority of the law as administered by the courts was flouted and, Arun Kasi, as an officer of the court, was expected to uphold the dignity of the court.

“As an officer of the court, he should always act in a responsible manner and, in particular, he should not breach the law, for, if he does so, he must face the consequences.

“That is why, in the present case, we hold the view that the sentence must reflect the seriousness of the offence committed by him,” the judge said.

“We have weighed the competing evidence and submissions as to whether the impugned statements are fair criticism or amount to scandalising contempt.

“For the reasons stated above, we are satisfied beyond reasonable doubt that Arun Kasi’s statements were calculated to erode public confidence in the administration of justice and the Judiciary. We, therefore, allow the Attorney-General’s application for committal. We find Arun Kasi guilty of contempt of court,” said Justice Ramly. — Bernama