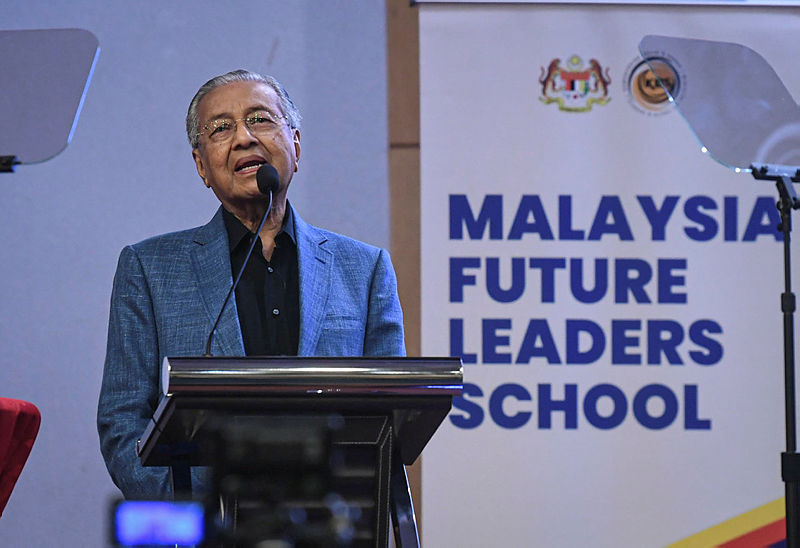 KUALA LUMPUR: Leaders must exhibit a high level of capability so that their integrity is not easily challenged, said Prime Minister Tun Dr Mahathir Mohamad (pix).

He said it was important for leaders to espouse a high level of leadership values including the courage to face challenges.

“If a leader is able to show the way, the proper way to do things, then a group’s efforts will be more successful. We see this in the military especially. The military will not succeed without leaders with a level of integrity, efficiency and intelligence that is higher compared to their subordinates,“ Mahathir said, in his keynote address at the Malaysia Future Leaders School (MFLS) TIER 3 programme held here last night.

Mahathir added that leaders should not put their interests over those of their followers.

He stressed that leaders who continuously attended to issues affecting their followers would remain leaders who were held in high regard.

Apart from acquiring knowledge, leaders should also possess noble life values, reminded Mahathir who noted that leaders who were dishonourable would not be respected by their supporters, and would not remain as leaders.

Replying to a question during a dialogue session with participants, Mahathir said it was the responsibility of the people to bring down a leader who executes policies that do not benefit them.

He added that in a democracy, power was given to the people to retain or reject their leaders, depending on the performance of such leaders.

Meanwhile, the MFLS Tier 3 2020 programme which began on Jan 31 and will end on March 12, is being attended by 240 participants. In its final phase, the programme is aimed at moulding youth as strategic partners in the development of the country, and who will have the ability to take on roles at national and global levels. — Bernama