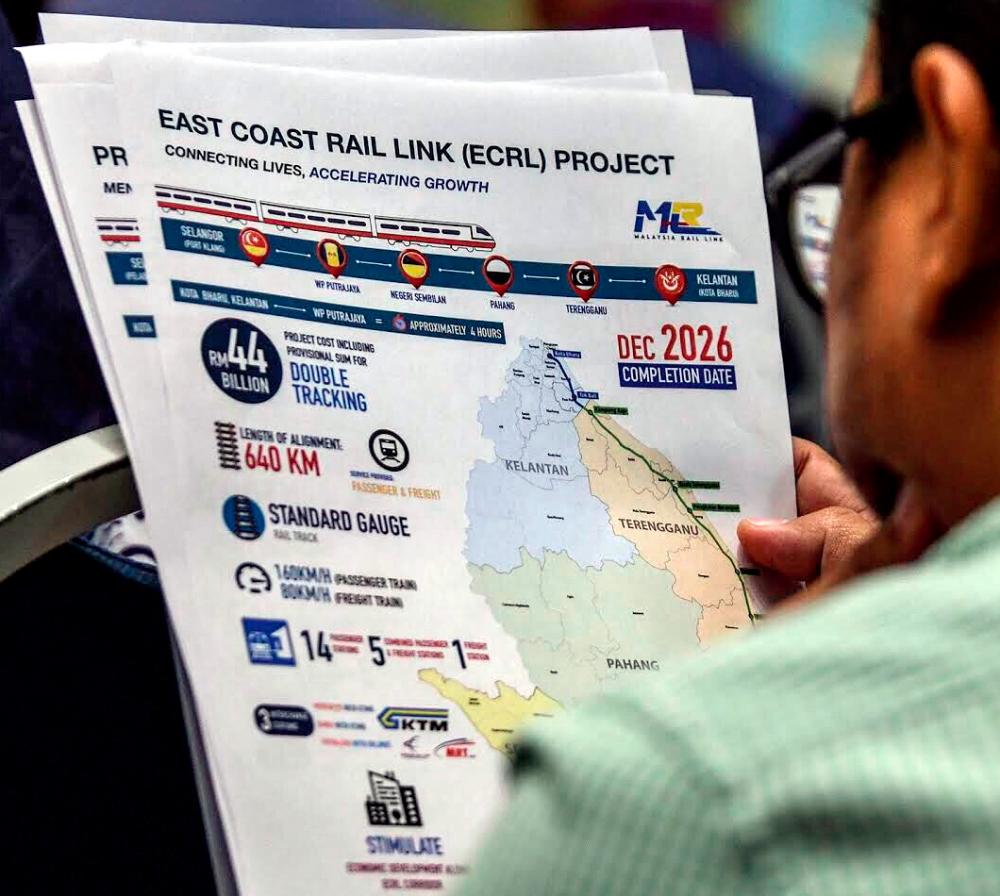 A man looks at a leaflet on the East Coast Rail Link (ECRL) project at Perdana Putra, Putrajaya on April 15, 2019. — Sunpix by Ashraf Shamsul

PORT KLANG: The decision to resume the East Coast Rail Link (ECRL) project is expected to provide comfort to the local residents who have been facing traffic congestion and damage to infrastructure due to container lorries plying the roads in the port town for so long.

Port Klang assemblyman Azmizam Zaman Huri said the realignment of ECRL that focusing on the cargo segment would provide comfort to local residents who had been competing with container lorries on the roads on daily basis for so many years.

“Based on the data I received, there are about 300 transport companies operating here with a total of 8,525 containers lorries, used to transport cargo from two major ports operating here, the West Port and North Port.

“With less number of container lorries (once ECRL completed) here I expect the presence of domestic and foreign tourists will increase as Port Klang has various tourist attractions including floating houses, fishermen and indigenous villages in Pulau Indah,“ he said when contacted by Bernama here today.

The original RM65.5 billion construction cost for Phase 1 and 2 had been reduced to RM44 billion, a reduction of RM21.5 billion.

The new ECRL alignment will run through 20 stations, among others, from Kota Baru to Kuala Terengganu, Kuantan, Mentakab and proceed to Jelebu, Bangi/Kajang, Putrajaya Sentral and onto Port Klang.

The cargo load would contribute an estimated 70% to revenue versus 30% for passenger traffic due to its shorter travel time and greater reliability as a mode of transport. — Bernama