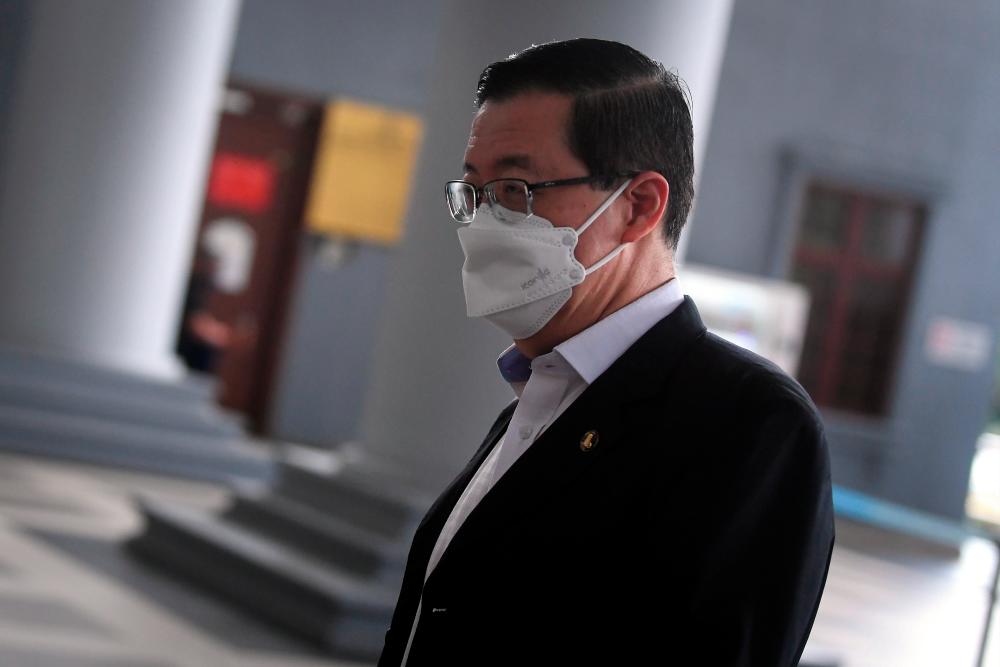 KUALA LUMPUR: A key witness in the trial of Lim Guan Eng admitted at the Sessions Court here today that one of the reasons he paid RM19 million to the middleman named G. Gnanaraja was because he was threatened to be charged under the Anti-Money Laundering Act (AMLA) over his involvement in the controversial Penang undersea tunnel project.

During cross-examination by Lim’s counsel Gobind Singh Deo, the 23rd prosecution witness said he lodged a complaint to the Malaysian Anti-Corruption Commission (MACC) over the threat when he was detained by the commission for 11 days in January 2018.

“The investigation against Gnanaraja began after I was released from MACC’s detention. I was immediately questioned by the antigraft body about the report I made against him.

“However, I was not shown the printed WhatsApp messages from the conversation during the investigation. They (MACC) only showed me the (WhatsApp) messages directly from Gnanaraja’s phone,” he said.

Zarul also agreed to Gobind’s suggestion that CZCSB would be impacted if the AMLA proceeding against him had continued.

Earlier, Gobind and deputy public prosecutor Datuk Wan Shaharuddin Wan Ladin got into a heated argument over the copy of Gnanaraja’s statement recorded by MACC during the investigation.

Gobind requested for the prosecution to confirm whether the WhatsApp messages between Zarul and Gnanaraja have been reduced to a statement, to which Wan Shaharuddin replied it was not the prosecution’s burden to assist the defence on such matters.

The lawyer further said the prosecution also has yet to respond to their request for the copies of Gnanaraja’s WhatsApp messages which they applied last week.

Wan Shaharuddin responded that he was still trying to obtain it from another investigation officer and will confirm it tomorrow.

Lim, 61, is charged with using his position as the then Penang Chief Minister to solicit RM3.3 million in bribes as an inducement to assist Consortium Zenith BUCG Sdn Bhd (CZBUCG) owner, Datuk Zarul Ahmad Mohd Zulkifli, to secure the project worth RM6,341,383,702.

He is also accused of soliciting a bribe of 10 per cent of the profit from the company as gratification to secure the project in March 2011.

Lim, a former DAP secretary-general, is facing two other charges of causing two plots of land worth RM208.8 million, belonging to the Penang government, to be disposed of to two companies linked to the state’s undersea tunnel project. PLUS: 1.9 million vehicles on the road this weekend

1.What is Nopec, the US bill to pressure Opec+?

5.PLUS: 1.9 million vehicles on the road this weekend