Local fishermen lost at sea due to haze rescued by Indonesians 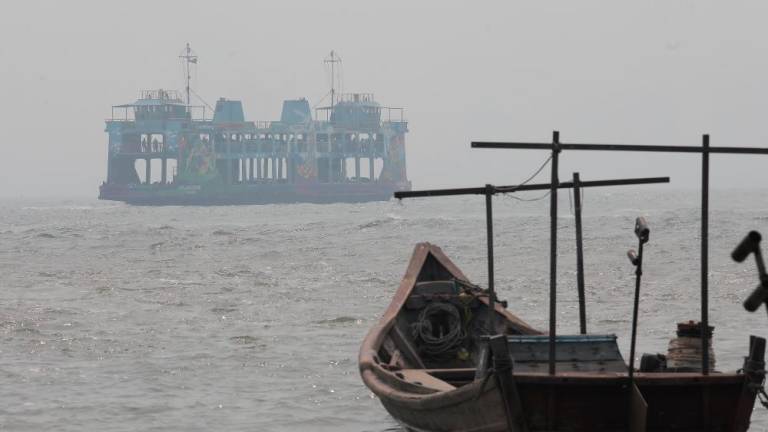 MALACCA: Two fishermen who lost their way as a result of the hazy conditions at sea were rescued by a group of Indonesian fishermen in the nation’s waters early this morning.

The duo, Putih Dagang, 62 and his son Mohd Shahrul Nizam, 33, not only lost their bearings because the area was blanketed by haze, but had also run out of petrol to get back to Pantai Puteri at about midnight yesterday.

He added that the distance from where they were was about 10 nautical miles which would have taken them about an hour to reach the shore.

However, after being at sea for over an hour and with the boat lights flashing to indicate that they had run out of petrol, they realised they were lost, said Putih.

It was the first time that the fisherman with over 25 years of experience had illegally entered into foreign waters, adding that he was afraid that he would be jailed for doing so.

He said the Indonesian fishermen had been helpful and had taken them to Pulau Rupat, Riau in Indonesia so that they could buy petrol to continue the journey back to Pantai Puteri.

Putih said that since they had no cash, he was forced to sell about 40 kilogrammes of ikan cencaru for the 70 litres of petrol that he needed to get back. They left at about 8.30am.

Meanwhile, Malaysia Maritime Enforcement Agency (MMEA) Negeri Sembilan and Malacca director Maritime Capt Amran Daud, said the search and rescue operation was activated at about 7.30am after receiving information from the fishermen’s family.

He said the operation ended at around 2pm with nearly 40 personnel from the MMEA, the Fire and Rescue Department, the Royal Malaysia Police and the Civil Defence Force.

Amran advised fishermen to be cautious when they went out fishing at sea as the haze could affect their visibility and estimation of distance. — Bernama