Local hero out to save firefly habitat 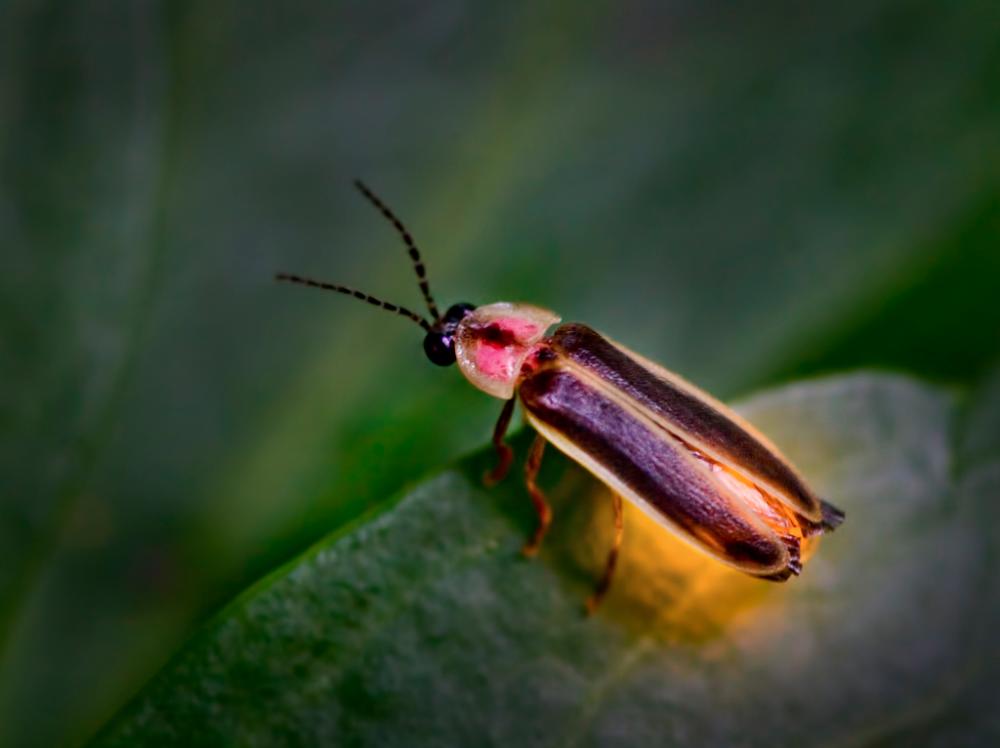 KUALA SELANGOR: Kampung Kuantan here is famous for its fireflies that dazzle visitors with their synchronised flashing patterns.

Masbudi Abdul Malek, one of the many tour guides here who take groups of tourists to watch the nightly “performances” at the riverine mangrove swamp near the estuary of the Selangor river, may not be as famous as the luminescent insects but he is in his own way playing a vital role in helping to safeguard their habitat.

Disturbed by the sight of loads of garbage floating on the water and literally choking the mangrove trees, he single-handedly embarked on a mission six years ago to clean up the lower reaches of the river.

He was ridiculed by some people who told him it was not his job to clean up the river but he ignored them. Today, Sungai Selangor looks “healthier” although the garbage issue has yet to be sorted out.

Kampung Kuantan, about 56km from Kuala Lumpur and located near the estuary of the Selangor river, is home to mangrove forests that serve as a habitat for fireflies.

Unfortunately, the dumping of garbage and toxic wastes into Sungai Selangor over the years has taken a toll on the river’s ecosystem and is posing a threat to the socio-economic well-being of the local community as many of them earn a living from ecotourism activities.

In Kampung Kuantan, tourists are ferried to the firefly habitat on sampans.

“When I first started working as a tour guide, I remember having to pull out all kinds of rubbish clinging to the mangrove trees. I thought to myself that tourists enjoy visiting clean and beautiful places and that’s when I told myself that I should take the first step to clean up the river,“ said Masbudi, 33, who became a tour guide six years ago.

Recalling his first outing to pick up trash from the river, he said he rowed the sampan himself and managed to collect about six sacks of garbage within two hours.

“I focused on picking up trash stuck under the berembang trees as it was the habitat of the fireflies,“ he told Bernama.

Masbudi, who is better known as Eddie in the local tourism industry circles, said initially people made fun of his efforts and even questioned his sincerity but he refused to allow the negativity to break his spirit.

“I invited my friends to join me and our efforts have even gone viral on social media,“ said the eco-warrior, who now conducts his river clean-up activities twice a month.

Masbudi’s deeds, meanwhile, were also noticed by the local community and other nature lovers, as well as Universiti Malaya researchers and members of the Kampung Kuantan Firefly Boat Operators Association who have also joined him in his efforts.

In fact, the river cleaning activities have become more organised now with 32 members of the association taking the lead to mobilise efforts to clean up the river in Kampung Kuantan.

“What each boat operator would do is take about 50 members of the local community and people from the surrounding villages in their sampans to clean the river,“ said Masbudi, adding that university students and private corporations too participated in the clean-up activities.

Last year, their joint efforts led to some five metric tonnes of garbage being scooped up from the river.

“The rubbish mostly flows down from the upstream portions of the river,“ he said, adding that sand-mining activities being carried out about 100m from Kampung Kuantan could also be a reason for the garbage to flow downstream.

Masbudi is also the coordinator of a club for nature lovers called Inspirasi Kawa (kawa in Japanese means river) whose main focus is to educate children and teenagers in Kuala Selangor on environmental conservation and get them involved in cleaning up Sungai Selangor.

Currently, 26 children and teenagers are actively involved in the activities carried out by Inspirasi Kawa.

The water quality of Sungai Selangor in Kampung Kuantan is categorised as Class 3 or moderately polluted. The quality of this river’s water, as well as its environment, greatly influences the area’s ecosystem which, if not preserved properly, can have disastrous effects on the mangrove swamp that serves as the fireflies’ habitat.

According to Masbudi, the survival of Pteroptyx tener — the name of the firefly species found in Kampung Kuantan — hinged on the berembang mangrove trees, the leaves of which serve as a source of food and shelter for the insects.

“If the fireflies here become extinct, it will affect the socio-economic status of the local community as many of the people here work as tour guides or sampan operators,“ he said.

Concerned about the shrinking number of berembang trees in the locality, Masbudi took it on himself to learn how to cultivate the mangrove plant.

“I experimented by planting some seeds and after nine months, they sprouted into seedlings which I planted on the river bank,“ he said, adding that in 2015 he created his own nursery and to date has planted more than 1,000 berembang seedlings along the riverbank in Kampung Kuantan.

However, only 25% of the seedlings managed to develop properly.

“The berembang seedlings require constant monitoring which was something I couldn’t provide due to time constraints,“ he said.

Next year he hopes to expand efforts to protect the ecosystem of the river and its surroundings by engaging the local community and other stakeholders.

Meanwhile, Kampung Kuantan residents who are involved in ecotourism ventures are deeply concerned about the destruction of the area’s fragile ecosystem, no thanks to unregulated human activities and development.

Boat operator Azmi Ramli, 37, who for the last 21 years has been ferrying tourists to the mangrove swamp to watch the glowing fireflies, claimed that only a 100m long mangrove patch, with its width measuring about three to five metres, now remained in his village.

“If nothing is done to protect this area’s ecosystem, the firefly habitat will be affected. In fact, the firefly population here has reduced compared to 20 years back,“ said Azmi, who became a boatman at the age of 16.

The tradition of using sampans to take tourists to the mangrove swamp started during the late 1970s, he said, adding that sampans were more eco-friendly than motorised boats.

“Rowing a sampan is certainly tiring but it causes less air and noise pollution ... we can also steer our sampans closer to the berembang trees to enable the tourists to see the fireflies up close,“ he said.

Azmi also said the river cleaning activities initiated by Masbudi have helped to create more awareness on environmental conservation among the local people.

“There’s growing awareness on the importance of protecting the river (and the environment),“ he added. — Bernama 5.For Iraqis back from Syria, life on hold in ‘rehabilitation’ camp