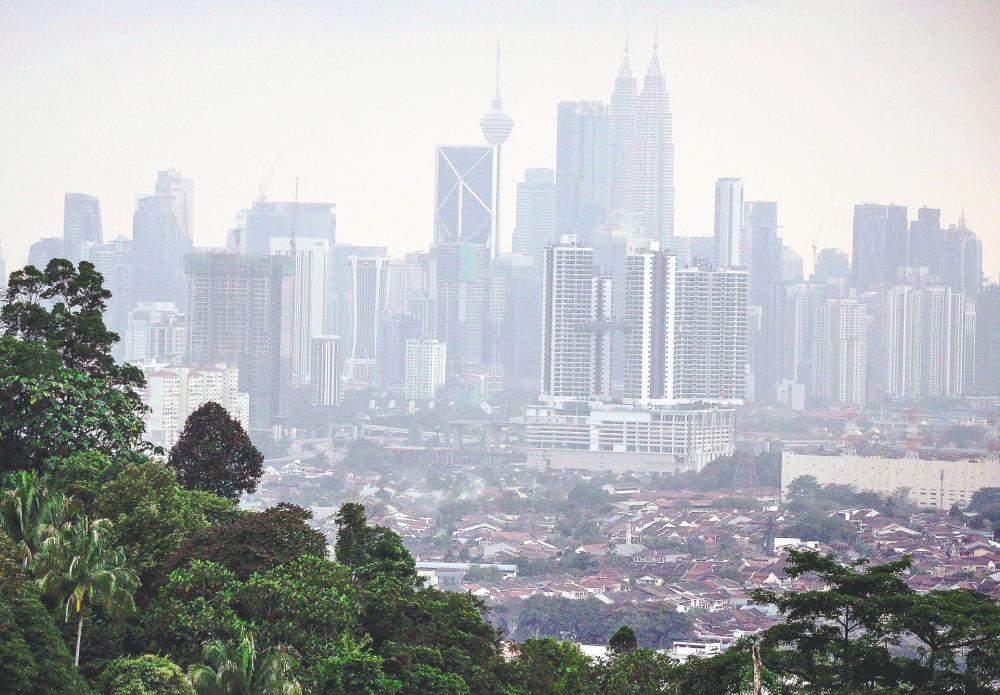 A blurry scene of the city as seen from Taman Ukay Perdana in Kuala Lumpur. – ADIB RAWI YAHYA/THESUN

PETALING JAYA: The skies are starting to be shrouded in haze again, and this will raise the risk of respiratory problems as the country deals with Covid-19.

According to the Malaysian Medical Association (MMA), people with Severe Acute Respiratory Illness or who display symptoms of Influenza-like illnesses should immediately be tested to rule out Covid-19.

An epidemiologist has also expressed concern that if the level of air pollution caused by the haze is bad enough to cause symptoms, it could complicate the Covid-19 situation.

Several areas in the country have already reported unhealthy air quality in the past few days, with the Air Pollutant Index (API) reading exceeding the 100 level.

Under the Air Pollutant Index Malaysia System, a reading of between 100 and 200 is considered unhealthy.

MMA president Datuk Dr M. Subramaniam told theSun that the best way to deal with unhealthy air quality is to put on a face mask.

“This may offer some protection against pollutants in poor air quality conditions,” he said.

“We should also drink sufficient fluids to stay hydrated. Those with respiratory problems should avoid going outdoors if the air quality reaches hazardous levels,” he added.

Universiti Malaya epidemiologist Prof Datuk Dr Awang Bulgiba Awang Mahmud said if the haze persists and the air quality continues to worsen, there is likely to be an increase in the incidence of respiratory illnesses such as upper respiratory infections, acute bronchitis, asthmatic attacks and others.

“If the pollution continues for the long term, it can lead to chronic inflammation, which is linked to several diseases such as cancer, heart disease and diabetes.”

However, he does not expect the situation to be worse than it is now for healthcare workers.

“After a year dealing with the Covid-19 virus, they have become more cautious,” he said, adding that the number of new Covid cases was on the decline and with the roll-out of the vaccination programme, the number of cases is likely to be reduced substantially.

The Malaysian Meteorological Department (MetMalaysia) said the country is in the final phase of the Northeast monsoon, which is expected to end in mid March.

Currently, atmospheric conditions are unstable, with rainy weather and thunderstorms occurring in the late afternoon or early evening.

The current haze situation is due to local hotspots that are made worse by open burning by irresponsible parties, a MetMalaysia spokesman said.

Since Feb 24, forest and peat fires have been reported in the Kuala Langat South Forest Reserve, involving an area of 34ha. The fire is said to be the cause of the slightly hazy condition in the Klang Valley.

Open fires from agricultural locations in Johan Setia Klang, as well as bush fires in Rompin, also contributed to the unhealthy API readings in the respective areas.

1.Couple sentence to 30 and 12 years respectively for fatal abuse of niece

3.NFCorp given until May 17 to reach settlement with govt