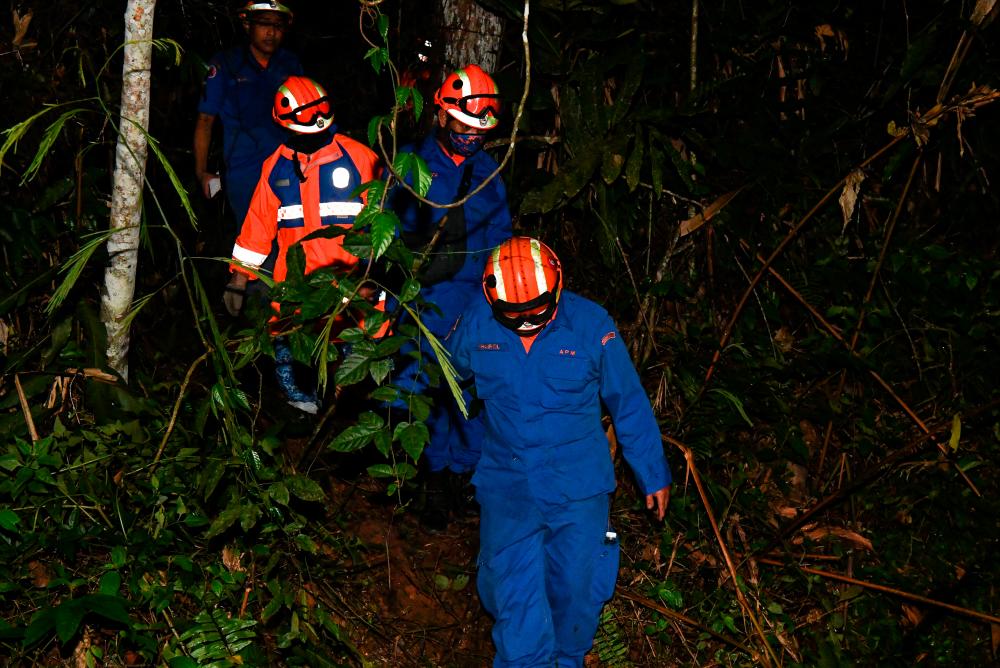 IPOH: A lorry driver who was buried in a landslide at the FT 185, Km 27.10 Jalan Simpang Pulai-Blue Valley here yesterday has been identified.

“To date, only a driver was inside the lorry laden with vegetables and this was confirmed by his employers but the victim could not be extricated this evening and only the head of the lorry’s cab is visible,” he said when met by reporters at the scene of the incident here yesterday.

He said the rescue team was trying to pull open the cabin door of the lorry and was using a backhoe to clear the piles of earth and a drone to get an aerial view of soil movements.

He said motorists should use an alternative route on Federal Road FT059 Tapah-Ringlet which was fully open to all vehicles from yesterday at 5pm to travel to Cameron Highlands.

A Bernama check found the family members of the victim had also arrived at the location at about 7.30pm.

Until this news was written, the operation to extricate the man was still going on despite the dark and drizzle at the scene.

The Perak Fire and Rescue Department (JBPM) received a call on the incident at 1.44 pm and two vehicles were believed to be buried under the landslide.

The vehicles involved were a vegetable lorry heading to Simpang Pulai from Cameron Highland while the victims of a Toyota Velfire and another car which were buried had yet to be identified.

“The landslide occurred along a 100-metre stretch and the main route to Cameron Highlands is not safe for all types of vehicles and is still tightly controlled by the concessionaire.

“However, the cause of the landslide is still being investigated and monitoring is conducted from time to time by the district Public Works Department and the federal road concessionaire,” he said.

Meanwhile, Kampung Pawong village head Ismail Baloh, 51, said he got to know of the incident at about 2pm when he was on his way to Simpang Pulai.

“I noticed two JBPM vehicles going up the road before anxious villagers informed him about the landslide,” he said. — Bernama