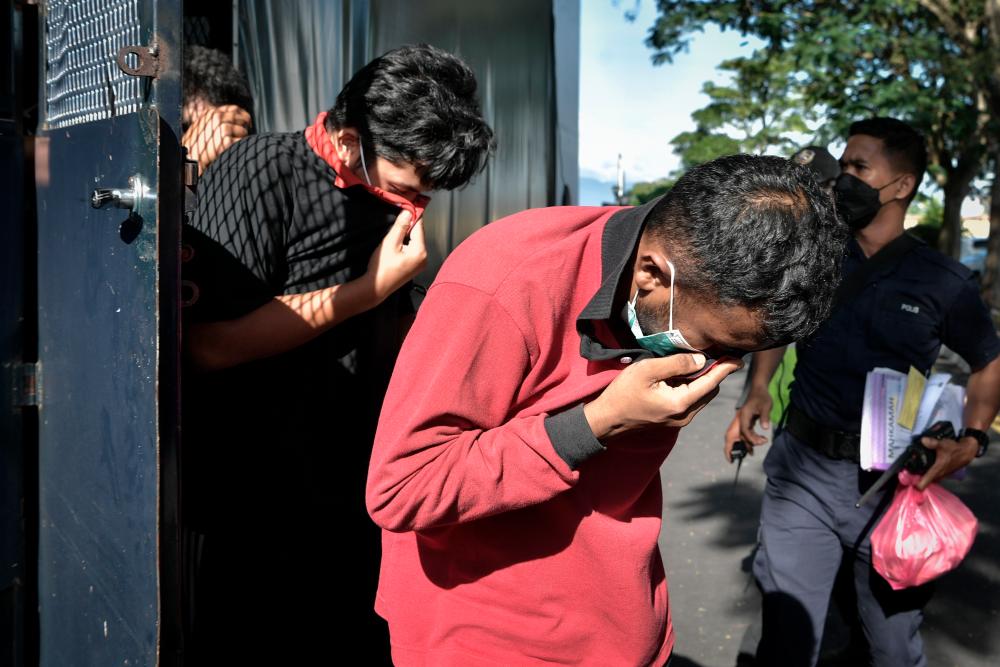 BUTTERWORTH: A lorry driver pleaded not guilty in the Sessions Court here today to charges of committing unnatural sex, raping and robbing a Myanmar woman.

Zul Mazuan Zul Hilman @ Suresh Kumar, 25, (pix) claimed trial after the charges were read out to him before Judge Noor Aini Yusof.

The man was charged with committing unnatural sex against the Myanmar woman at a house in a housing estate in Prai at 4 am on Oct 12.

The charge, under Section 377B of the Penal Code provides for a maximum 20-year jail term and whipping upon conviction.

He was also charged with raping her at the same time and place, under Section 376(2)(b) the Penal Code which provides for a maximum 30-year jail term and whipping upon conviction.

Zul Mazuan is also accused of robbing the woman of RM200 at the same place and time, under Section 392 of the Penal Code read together with Section 397 of the same code which provides imprisonment of up to 14 years or a fine or whipping, upon conviction.

For the fourth charge, the accused was charged with robbing RM200 cash belonging to a local woman at Medan Kikik 1, Taman Inderawasih in Prai at 5.15 am on Oct 9.

Noor Aini allowed bail of RM50,000 for all four charges in one surety and set Nov 29 for mention of the case.